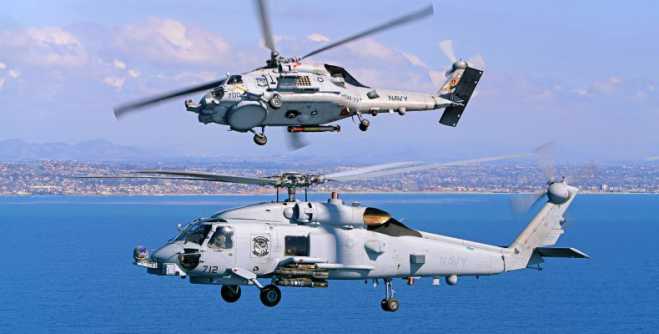 A very important piece of information about the Hellenic Navy's military equipment  has emerged recently from the answer of the Minister of Defense, Evangelos Apostolakis, to a question submitted by the deputy of the 1st Piraeus district, Golden Dawn MP, Nikolaos Kouzilos.

More specifically, to a question tabled by Kouzilos regarding the acquisition by the Navy of two MH-60R anti-submarine helicopters made by the American company Lockheed Martin, the Minister of Defense replied that the Navy would eventually acquire four rather than two MH-60R Seahawk anti-submarine combat helicopters (as had been known to date) to modernize the Navy's fleet.

Evangelos Apostolakis, Minister of National Defense, stated in his reply that "At present, the process of activating a subprogramme for the acquisition of four (4) MH-60R Seahawk type helicopters through a transnational agreement between Greece and the USA (G to G) and the Foreign Military Sales (FMS) is in effect."