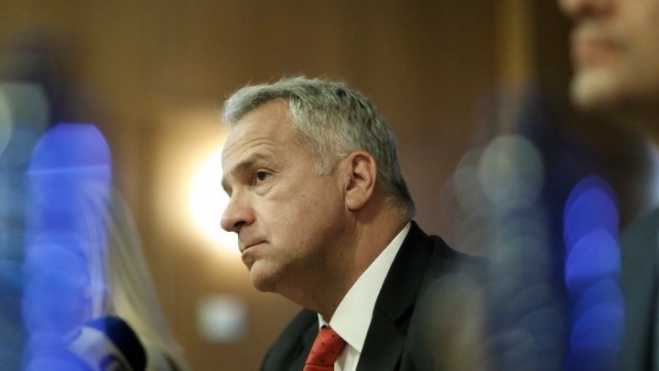 Rural Development and Foods Minister Makis Voridis paid a visit to the Jewish Museum of Greece on Monday, where he was given a tour by the museum director Zanet Battinou.

In statements afterward, he once again expressed his opposition to all forms of hate speech and said that the fight against the "noxious phenomenon of antisemitism" was a priority, while encouraging people to visit the museum, which he described as "excellent".

Voridis was the first minister in the government of Kyriakos Mitsotakis to visit the museum, where he was greeted as a "friend of the Jewish people and the Jewish community in Greece" by the General Secretary of the Central Board of Jewish Communities in Greece (KIS) Viktor Eliezer.

The minister said his presence signalled the support of the Greek state in highlighting the history and long presence of the Greek Jews in the country since ancient times.