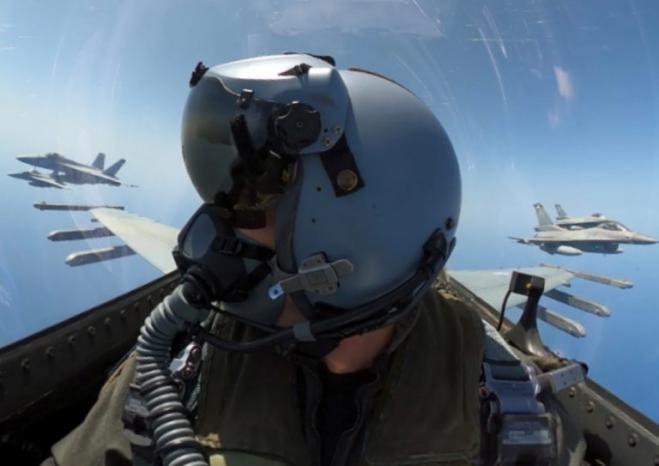 In particular, four F-16s from Greece participated, four F-18s from the "USS Harry S. Truman" and two AV-8B Harriers from the "SPS Juan Carlos I" in air combat and interception of pursuit-bomber aircraft.

According to the Hellenic Armed Forces General Staff, the conduct of the co-training exercise aims at promoting the level of operational readiness, combat capability and cooperation of the participants in an allied context.