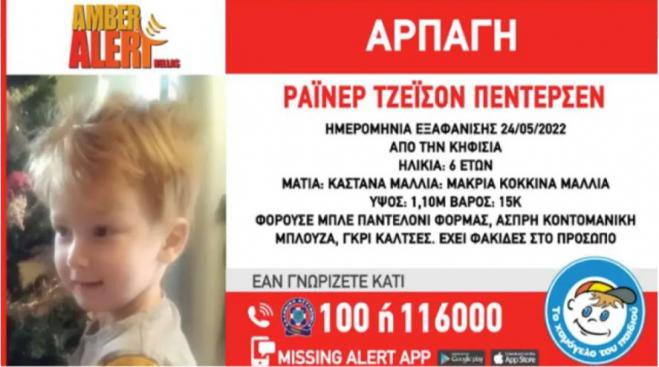 Six-year-old Rainer Jason Pedersenis reportedly in Norway, after being abducted from his mother's house in Kifissia. 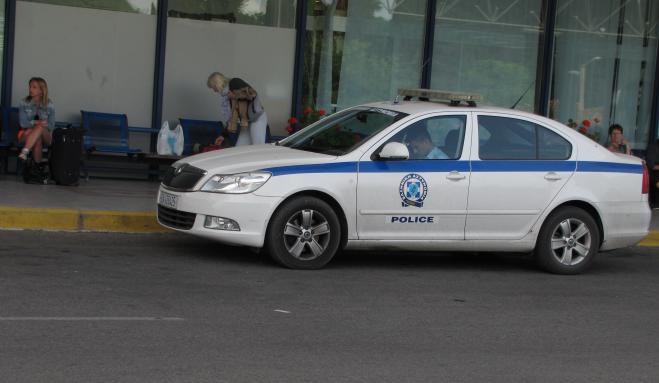 Greek police - ELAS arrested three people accused of kidnapping 15-year-old Fotini from Peristeri. Police officers of the Security Sub-Directorate of West Attica, handcuffed the three people, who after the case was filed against them on the charge of kidnapping a minor, were taken to the competent Prosecutor's Office.

According to police sources, this is a 17-year-old , in whose house the 15-year-old had found shelter since the day she left her own house, the mother of the 17-year-old, as well as the 19-year-old Roma who are being held until they are brought before the prosecutor.

The announcement of the police

"Three people were arrested and a case was filed against them for kidnapping a minor, as they are involved in the case of the disappearance of a minor on 19-04-2022.

In more detail, at noon yesterday, Thursday, April 21, 2022, by police officers of the Security Sub-Directorate of West Attica, in the context of methodical and diligent investigations and after proper use of information and data, the minor was found in the center of Athens. on 19-04-2022.

The minor was transported to a public hospital by ambulance for medical examinations, where she remained hospitalized, while at the same time she was examined by a medical examiner.

Upon completion of the medical examinations, in the context of the preliminary investigation, specialized Officers of the Juvenile Protection Sub-Directorate, in the presence of a child psychologist, examined the minor and the involvement of the above persons in the case emerged, a fact which was conveyed to a competent prosecutor.

"Those arrested with the case file against them are taken to the competent prosecutor's office."

The story of the case

The young girl who had disappeared since Holy Tuesday, was located on Holy Thursday, after a special operation by the Greek Police.

The experienced police officers, having as their only evidence some photos from the instagram of the 19-year-old Roma, about whom there were suspicions that he had had relations with the minor girl, through a combined search located him at his house, in the settlement of Nea Zoi Aspropyrgos.

When the 19-year-old, who is married and has children, saw the police, he told them that the 15-year-old was not with him, but he knew wheres he was. So he contacted her himself and asked to meet her.

The appointment was given near the church of Agios Panteleimon, in the center of Athens.

So, arriving there early in the afternoon, the minor saw, in addition to the 19-year-old, the police officers, who then took her to the Peristeri Police Department. The two met through social networks.

The 15-year-old aked abuse at home

Competent information sources pointed out that one day after the minor left her house, on the night of Holy Wednesday, the 19-year-old went and took her by car from the house to Agios Panteleimonas, they walked to Aspropyrgos and turned her at home.

The police of the Security Sub-Directorate of West Attica took testimonies from the parents of the 15-year-old as well as from her friends. As it turns out, the girl was going to school having dyed her hands with paint, saying that she was being abused at home.

Her friends, in fact, asked her: "What are these things on your hands? Why are you lying"; With her answering: "Leave me alone, don't interfere".

When the police contacted the prosecutor, she was already informed, as the minor's teachers had also contacted her.

However, late in the afternoon, the 15-year-old was transported from the Peristeri Department to the "Aglaia Kyriakou" Children's Hospital, in an EKAB ambulance, accompanied by an officer of the Juvenile Department and a child psychologist, due to a slight illness.

Upon completion of the medical examinations, in the context of the preliminary investigation, specialized Officers of the Juvenile Protection Sub-Directorate, in the presence of a child psychologist, examined the minor and the involvement of the above persons in the case was revealed, a fact which was informed police.

A new case of attempted illegal adoption and possible kidnapping involving three Roma that attempted to get a birth certificate for a 2.5 year old boy at the Mytilene registry.