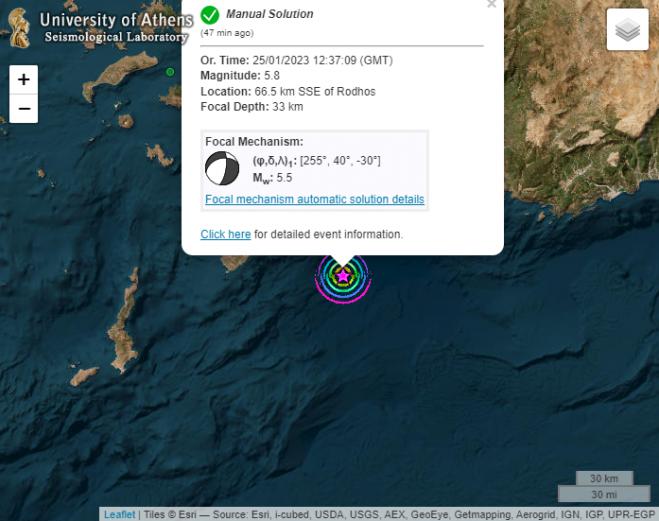 A 5.7R to 5.9R earthquake, based on initial assessments, was recorded at 2:47 p.m. local time (12.47 GMT) in a sea region off the large southeastern Aegean island of Rhodes. 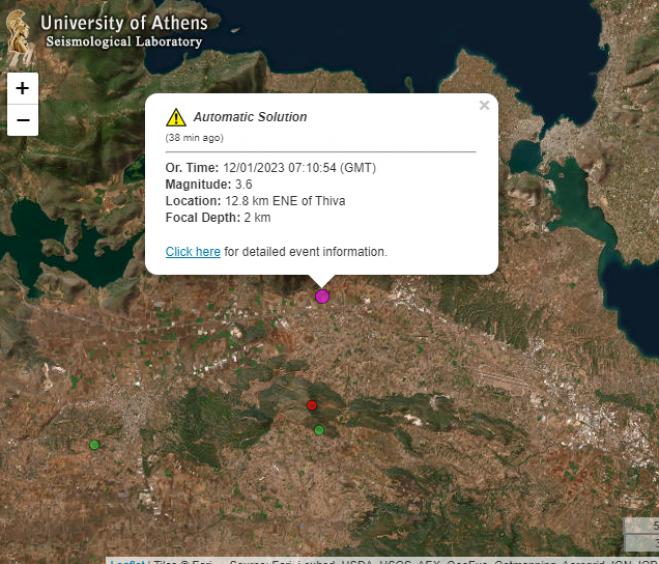 An earthquake measuring 3.7 on the Richter scale occurred at 9:10 a.m. on Thursday in Viotia. 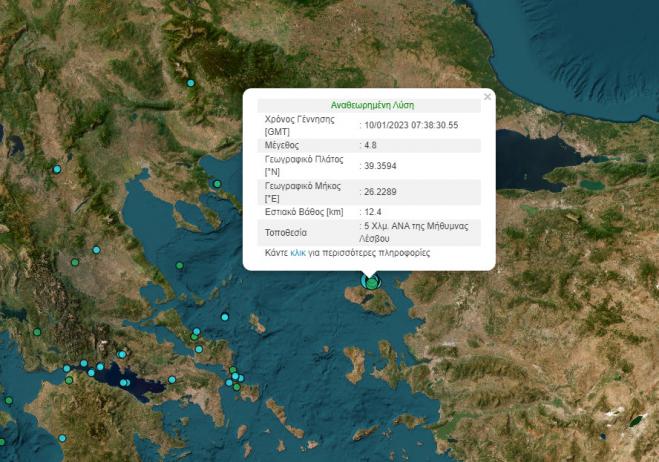 A strong 4.8 Richter earthquake occurred in Mytilini on Tuesday morning.

According to the revised estimate of the Geodynamic Institute, the earthquake occurred 5 km east southeast of Mithymna Lesvos and had a focal depth of 12.4 km.

There is great concern among the residents of the area. It was very intense, with a loud noise. After the end of the earthquake there was a noise from stones and rocks that fell from the mountain according to an reporter who is on the island.

The island dances to the tremors from earth's bowels

This is a series of earthquakes in Lesvos, which follow the 4.9 Richter earthquake three days ago.

According to seismologists, the seismic sequence is developing smoothly. This fact has reassured the scientists, who are optimistic about the continuation in the region.

According to the professor of Geology and Natural Disaster Management, president of OASP, Efthymio Lekka, three days after the earthquake in Lesvos, the experts are optimistic.

"The possibility of having a larger earthquake is removed, therefore we are entering a period of normality during which we can assess the effects on the buildings, which are few and on the road network with extensive landslides," said Mr. Lekkas to ERT channel.

During the first day of the autopsies carried out by KTYP and DAEFK engineering teams on Monday, January 9, 2023 in the Molyvos area, of a total of 46 houses that had problems from the January 7th earthquake, 9 were labeled "yellow", according to information from the Municipality of Western Lesvos.