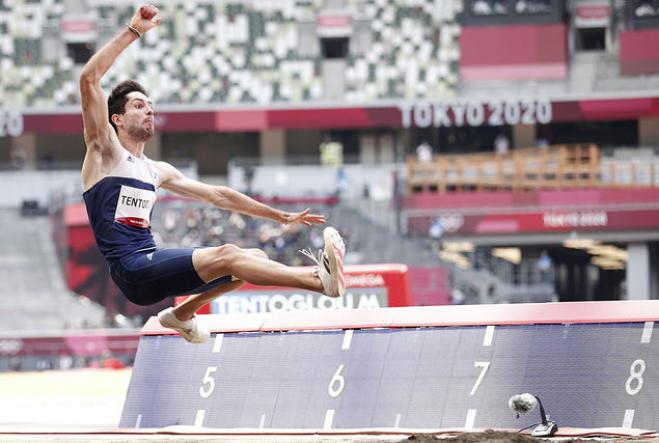 Miltos Tentoglou with an amazing jump of 8.41 meters vaulted to the top of the podium, giving Greece the first gold medal of the competition in the History of the Olympic Games.

The Greek athlete's first jump was at 8.11 meters, but then made two invalid attempts that dropped him to fifth place. Miltos Tentoglou did not lose his composure and courage and pursued the distinction, which came with his last jump.

The first jump of the Greek athlete was at 8.11 meters, however he was passed by the Cuban Maso, who reached 8.21 meters. With two invalids then he was left third, as he was overtaken by the second Cuban Echevarria, who also jumped to 8.41.

With 8.10 in the fourth and 8.15 in the fifth, Tentoglou was in fifth place, as he was overtaken by both the American Harrison and the Spaniard C Kaceres.

At the same time, the Swede Molder achieved a great performance in his sixth attempt, however he slightly touched board and was canceled.

The two Cubans were injured during their efforts, with the result that Maso made only two attempts and Ecevaria four (five with the last one not being completed).

Although Echevarria also jumped 8.41, according to the regulations, the Greek athlete won the gold medal and the Cuban the silver, as the second best performance was at 8.15 for Tentoglou and at 8.09 for Ecevaria. "The kid is fantastic" 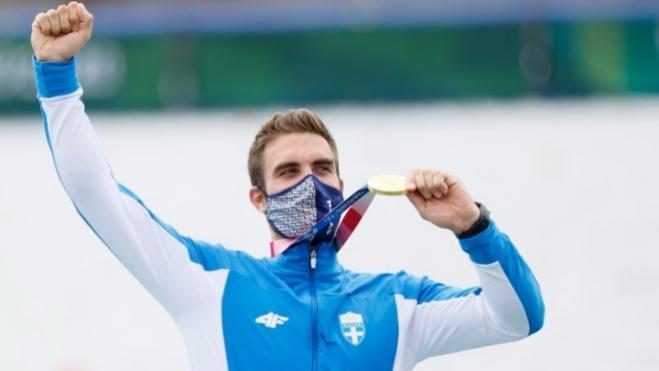 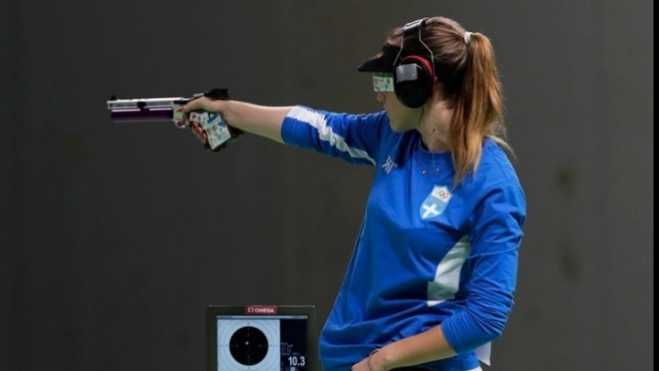 Greek shooter and Olympic champion in Rio Anna Korakaki on Wednesday won the gold medal in 25m pistol in the 2nd European Games that are held in Minsk.