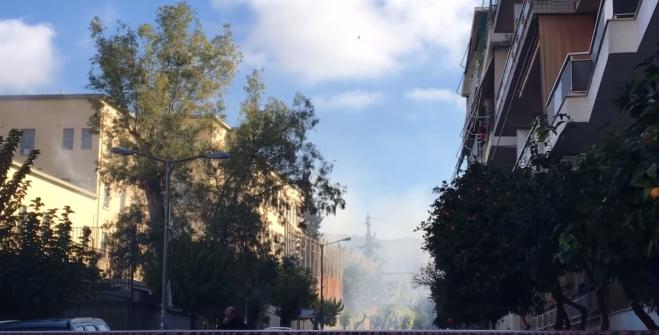 An improvised explosive device was found this morning inside the campus opposite the Zografos police station.

The explosive device was perceived by the police commander as he parked his motorcycle outside the campus fence. The officer saw cables and watches attached to a bottle located behind the fence and alerted the Explosive Devices Department.

The point was immediately cordoned off, and the bomb squad officers who arrived there found it to be an explosive device. Shortly thereafter they launched a controlled explosion to neutralize the mechanism. According to officials, a second controlled explosion is not ruled out.

The case is being investigated.