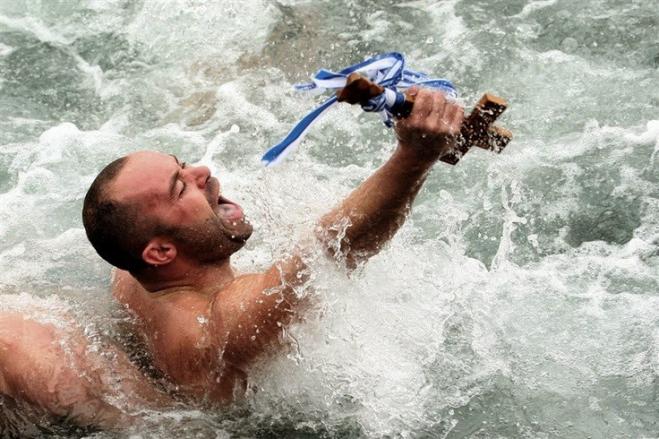 The sixth of January; Christmas has officially come to an end and it is Epiphany, called “Ton Foton” in Greece.

Turkish Air Force F-16 , F-4 aircraft and an UAV proceeded to a series of violations without entering flight plans in saturation on a religious holiday, for the second time this year and for the third in two years, on Holy Friday.

Saint Nicholas Greek Orthodox Church and National Shrine held a "topping out ceremony" this morning at its construction site at Greenwich and Liberty Streets in New York City. This traditional construction ceremony, marking the raising of the highest structural element, was led by His Eminence Archbishop Demetrios of America and attended by representatives of the Port Authority and SKANSKA, as well as the Consul General of Greece, major donors and contributors to the project and members of the original Saint Nicholas Greek Orthodox Church community.