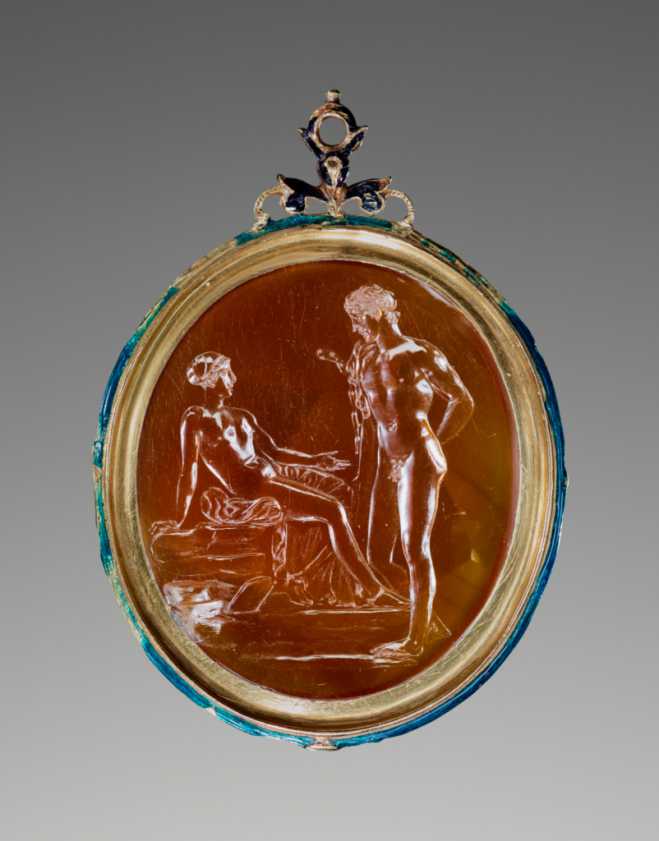 The J. Paul Getty Museum acquired at auction last week a group of seventeen ancient engraved gems from the collection of Roman art dealer Giorgio Sangiorgi (1886-1965). The great majority of the Sangiorgi gems were acquired before World War II, and many derive from notable earlier collections amassed by Lelio Pasqualini, the Boncompagni-Ludovisi family, the Duke of Marlborough, and Paul Arndt in Munich. Comprising some of the finest classical gems still in private hands, the Sangiorgi gems were brought to Switzerland in the 1950s and have remained there with his heirs until now.

German newspaper FAZ states that the Brussels Group of Greece’s international creditors were disappointed with the teleconference meeting they had on Holy Saturday.