The creation of a psychological support platform for women and children who experienced the horrors of the war in Ukraine was discussed at a working breakfast on Wednesday in Madrid by the wife of the Greek Prime Minister, Mareva Grabovski-Mitsotakis, Jill Biden, the wife of the American president, and Anik Penders, the wife of Prime Minister of Belgium, Alexander De Croix. 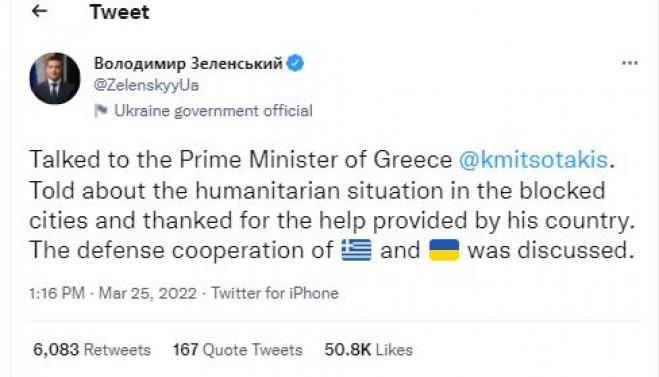 The speech of the Ukrainian President Volodymyr Zelesnky in the Greek Parliament was pegged for Thursday, April 7. The speech is reportedly expected to take place at 12 noon and will last 15 minutes.

All 300 deputies have been called to attend t address, will be translated into both Greek and English. It is recalled that the relevant invitation to the Ukrainian president was addressed by the Prime Minister Kyriakos Mitsotakis, after a telephone conversation between the two men.

"I spoke with the Prime Minister of Greece Kyriakos Mitsotakis. I spoke to him about the humanitarian situation in the besieged cities and thanked him for the help his country provides. The defense cooperation between Greece and Ukraine was discussed ", wrote the President of Ukraine Volodymyr Zelensky on twitter.

The invitation and reactions

It is noted that from the first moment, the SYRIZA Foreign Minister and former Minister George Katrougalos welcomed Mitsotakis's invitation to Zelensky, speaking of a "positive solidarity movement".

"Greece must play a leading role in the diplomatic effort for an immediate end to the war, as a country of peace and soft power," Katrougalos said.

For its part, KINAL has from the very beginning supported both the provision of humanitarian aid and the sending of weapons of our country to the government of Ukraine and therefore there is no question, on the contrary, for KINAL, the presence is considered a move of self-evident solidarity. Zelenski in the Greek Parliament.

The KKE expresses its opposition to the invitation addressed by the Prime Minister to V. Zelenski, while anticipating the abstention of the KKE parliamentary group from the parliament during Zelenski's speech, Perissos' sources emphasize:

"Zelensky represents a reactionary government, backed by the US-NATO-EU cam, and is responsible, like Russia, for the drama of the Ukrainian people. This government has for years supported and integrated Nazi organizations, persecuted and imprisoned communists, has outlawed the Communist Party of Ukraine. "Our stance is obvious and we would do the same if Putin, Biden, etc. came." 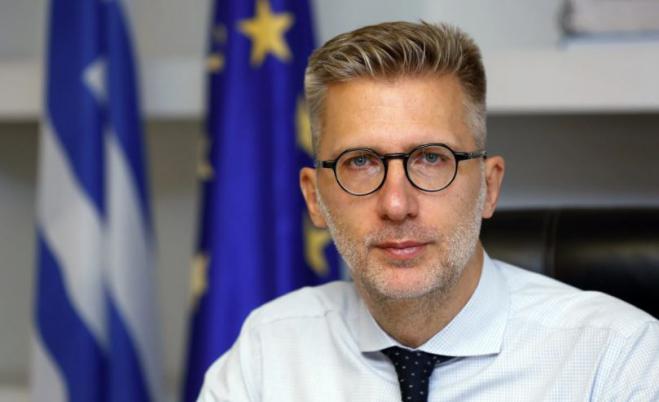 The war in Ukraine and the impact on the lives of people and the economy, was the focus of the interview of the Minister of State Akis Skertsos, on Tuesday night, on the television station action24. Along with the daily work of the government, the reform policies, but also the point that Kyriakos Mitsotakis "wants to be prime minister for at least eight years" were issues doted upon by Mr. Skertsos.