NGTV is the first and only Greek-American TV channel in the United States that caters to the Greek Diaspora since 1975. For over 40 years, NGTV has been bringing programming from Greece and producing local programming catering to the Greeks abroad. Today, NGTV is distributed via major TV cable platforms in the New York Tri-State area as well as Canada.

The acquisition of NGTV in 2012 brought in a new wave of new generation media management, and ever since, New Greek TV-NGTV has expanded its distribution, incorporated an array of new programming from the most popular TV channels of Greece and Cyprus, and continues to produce programming which caters directly to the Greek community in both Greek and English languages.

NGTV’s news portal, wwww.newgreektv.com is visited daily by over 50,000 unique users, and offers our readers the latest news from the United States, Greece, Cyprus and around the world. Our You Tube Channel has over 10,000 subscribers and many of our featured videos have reached over 200,000 views.

New Greek TV and newgreektv.com, is geared to the generation that came from Greece and to the new generation of Greeks in America and Canada. Our vision for New Greek TV is to continue the legacy of the 40 year old channel, National Greek TV-NGTV, and to continue servicing the Greek-American community with our new fresh approach that caters to the loyal existing audience, the Greek audience that has migrated to the United States and for the new generation of Greeks abroad.

New Greek TV is dedicated to bridging Greece and Greek Americans by showcasing all that Greece has to offer, featuring current events and news from Greece, the United States and our community along with travel, culture and traditional programming. Our original content from the United States, showcases and introduces successful Greeks and Greek Americans that are making the difference in our community and around the world.

Our Website newgreektv.com has been developed to serve as an informational platform for all Greeks around the world that provides the latest updates, videos, a place to voice opinions, and the ability to submit and report a story from anywhere around the world.

New Greek TV is an ongoing work in progress and hopes to meet the various needs of our community today. We are open to all suggestions and collaborations as we feel this is our community, our heritage, our channel. 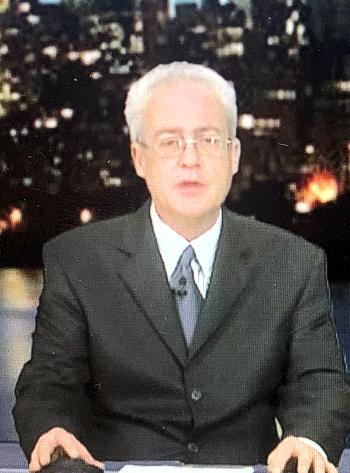 He has produced and hosted radio shows, with a focus on the Greek diaspora for over fifteen years. He has been a copy editor and television anchor on news programs aired in both Greek and English languages. 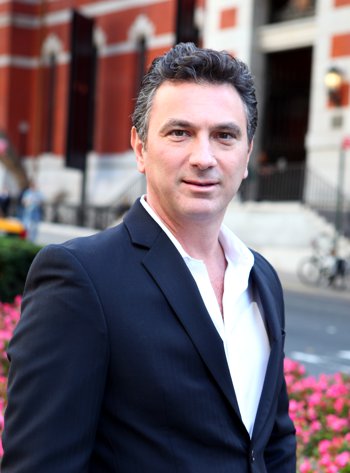 Andrew Latos is a prominent Greek- American attorney specializing in Personal Injury and Real Estate Law. His firm, Latos, Latos & Associates is one of the largest and most successful law firms in Queens, New York, servicing the community for over 20 years. Mr.Latos is also one of the Founders and Board Member of First Central Savings Bank in Astoria.

As an entrepreneur, Mr.Latos also owns many other businesses including The Rock Health and Fitness Club, and is one of the founding Fathers of New Greek TV, that was recently acquired from the 25 years old community channel, NGTV. Active in the Hellenic community and sought after for advice, Mr.Latos is the host of the weekly Live show on New Greek TV “Justice For All”, where he presents valuable legal advice and answers questions from callers.

New Greek TV’s focus is to preserve and promote Hellenism in the United States and produce programming for the New Generations of Greek Americans. 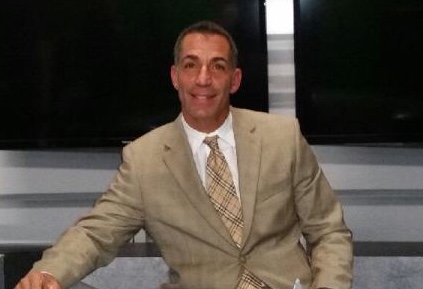 Nick Base is a prominent Greek - American attorney and entrepreneur in New York. A graduate of St. John's University and the University of Bridgeport School of Law, Nick Base & Associates run a successful law practice from 1996, specializing in personal injury and criminal defense law.

Nick Base is very active in the Greek-American community by offering support to many foundations and events. He sits on the board of the Peter Latos Prostate Cancer Foundation and is a shareholder and Vice President of New Greek TV. Nick Base believes it’s important to give back to the community to help preserve Hellenism amongst the new generations of Greek Americans.

When he finds spare time from his busy schedule, Nick Base’s hobbies include; music, flying planes and traveling. Nick Base shares his talent and artistic side with friends and family by playing guitar, singing, composing music and writing lyrics. 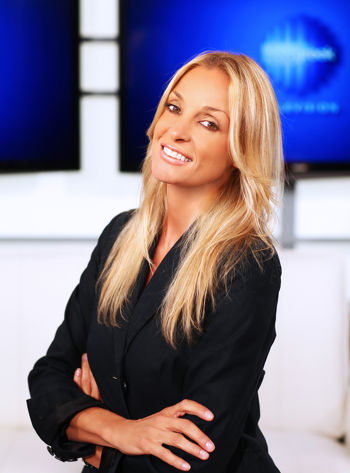 Born and raised in New York, Yanna is mostly known for her on camera career in Greece and abroad as a TV Host that spans over 25 years. Her broadcasting career began in 1994 as a Fitness Host, and ever since, Yanna has been producing and hosting health, lifestyle & travel segments. She has worked on major Greek TV Networks: including; Antenna, Star and ERT World (National Greek Television). Yanna was one of the first English language newscasters for Greece's Antenna Satellite and one of the first English language hosts to air programming in English about Greece on ERT World.

Highlights of her career include; creating, executive producing and hosting the first English language show “Hellenic Weekly” for ERT WORLD, Master of Ceremonies of the Pre-Game show for the Opening and Closing Ceremonies for the 2004 Olympic Games in Greece at OAKA Stadium, and voice talent for the Olympic & ParaOlympic games, 2004. She was a segment producer and guest host for NBC’s "Today" Show with Matt Lauer and Katie Couric during the Olympic Coverage, and E channel's “Tara's Adventures” on the episodes in Greece. Yanna is a published author in Greece with her exercise and nutrition book "Agapiste to soma Sas".

Yanna teamed up with a group of Greek-American investors in 2012 and acquired the 35 year Greek television channel in New York, re-branded and launched NEW GREEK Television. Her focus is on creating and developing programming for the Greeks abroad, with the goal of preserving Hellenism and building a bridge between Greece and the United States. The New Greek TV website newgreektv.com was developed as a Greek and English language news portal to provide information about Greece, the United States, and the Greeks abroad. Yanna served as the President for 8 years and currently focuses on content creation for New Greek Television.
.
Yanna is also a contributor on the; huffingtonpost.com and thriveglobal.com, where she shares health and travel related articles. Currently, Yanna is dedicated to finishing her graduate studies, and remains loyal to her Greek heritage by continuing to produce programming that promotes Hellenism. 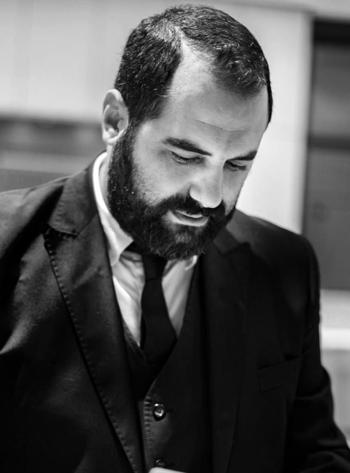 John Stathopoulos has been working with New Greek Television for over 5 years as an executive Producer, Cinematographer and Director. He is the head of production in Greece and a Cinematographer, Director and professional Photographer for over 15 Years, utilizing his Music Degree to produce music scores for his Film and Broadcasting projects. A graduate of Staffordshire University with a Bachelor of Science Degree in Computing Science, a 2nd Bachelor of Science Degree in Multimedia, and a Master Degree in 3d Virtual Animation based on AI. John also specializes in Aerial and Drone Photography and Filming and is one of the first certified drone pilots in Europe.

Currently John is a designated producer for New Greek Television of the United States and Canada, covering all major news and documentaries for Europe.

He received a nomination at Athens Concert Hall as the Producer/DP/Director/Photographer and Music Composer for the Documentary “The Journey”, that was filmed on the Borders of Greece’s Islands, for the NGO “Simplefsi”. He is the Director, Cinematographer and writer of his Documentary “Pireas Land” “Περαία Γή”