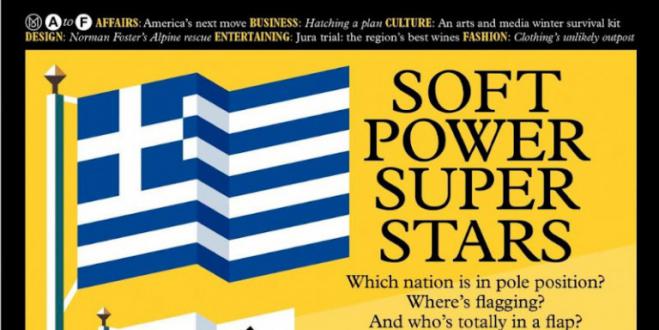 Greece is among the countries of the world with the greatest soft power according to the British magazine Monocle in its print edition for December 2020 and January 2021 that is circulating.