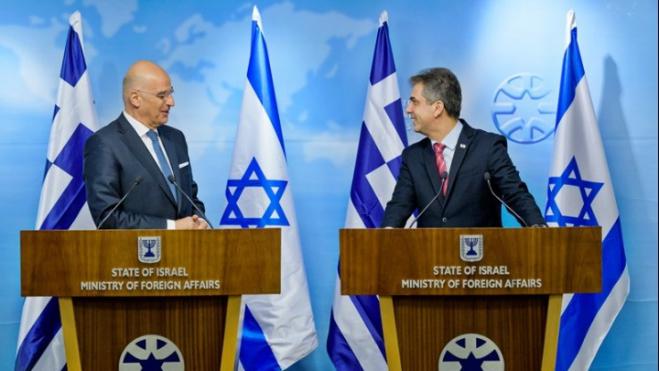 Greece and Israel have forged an enduring partnership at a strategic level, which is based on their common interests and converging perspectives on many challenges, as well as a shared respect for an international order that is based on international rules and a shared vision for their neighborhood, Greek Foreign Minister Nikos Dendias said on Tuesday in joint statements with his Israeli counterpart, Eli Cohen, after their meeting in Jerusalem. 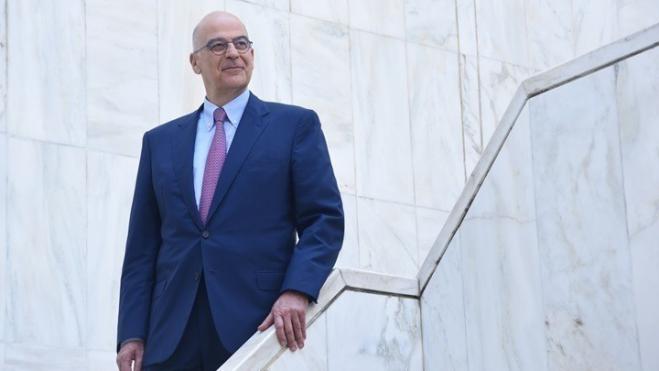 Foreign Minister Nikos Dendias in an article in the Sunday edition of Kathimerini spoke about his visit to Kiev and described the pictures of the destroyed buildings that were hit by Iranian drones, "something nobody would expected to see in a European capital in 2022".
The visit, he underlined included a series of messages to several recipients. 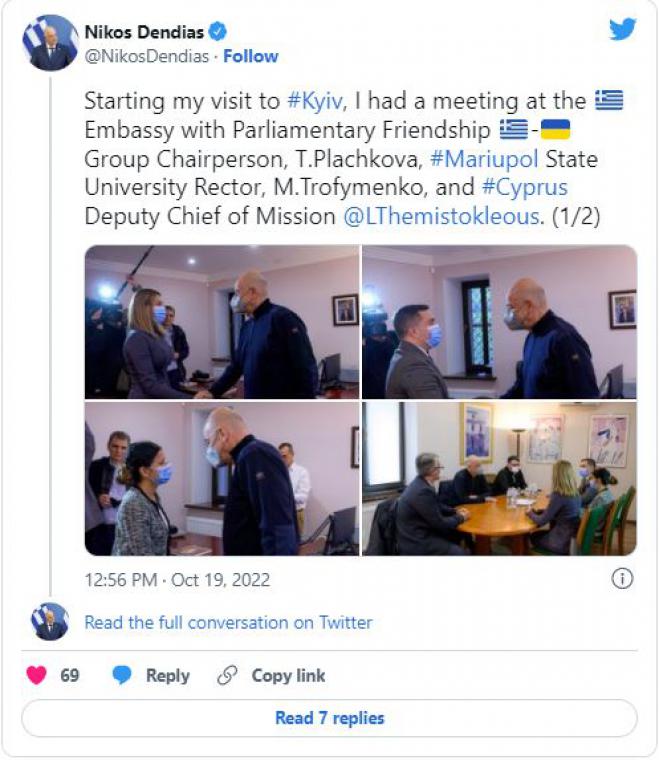 Foreign Minister Nikos Dendias was taken to a shelter as the sirens sounded while he was meeting his counterpart, Dmitry Kuleba, at the Ukrainian Ministry of Foreign Affairs.

The Greek Foreign Minister and the Greek delegation were safely taken to a shelter in the Ukrainian capital.

Earlier, issues related to the diaspora were on the agenda of Nikos Dendias' visit to Kyiv, from where he condemned revisionist actions.

As he tweeted from the visit, the Greek Foreign Minister also met with the Rector of the State University of Mariupol. 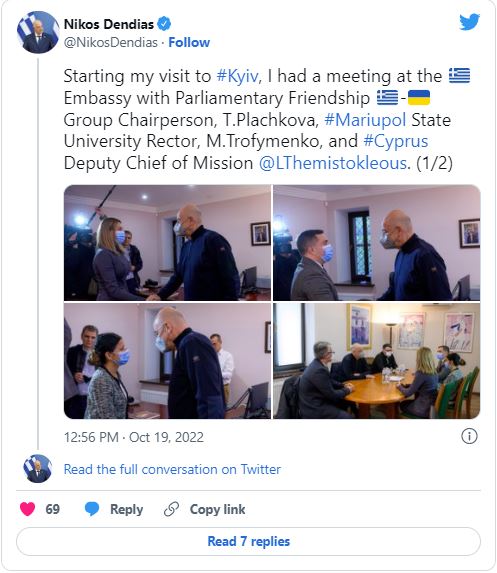 Dendia's visit to Kyiv is the third to Ukraine during the war. His two previous visits were to Odessa, a city of immense importance for Hellenism.

The recommendation to evacuate Kiev

Yesterday, the Ministry of Foreign Affairs sent a recommendation to the Greeks who are in Kyiv to leave as soon as possible, due to the renewed bombardment of the last few days.

"Given that the security situation in Ukraine continues to be fluid and precarious, the Ministry of Foreign Affairs points out that what is stated in its announcements from February 14 and 22, 2022, continues to apply," the relevant announcement states.

"At the same time, Greek citizens in Ukraine are advised to leave the country immediately. It is also recommended that Greek citizens who have not already departed, immediately report their contact information to the Greek Embassy in Kyiv."