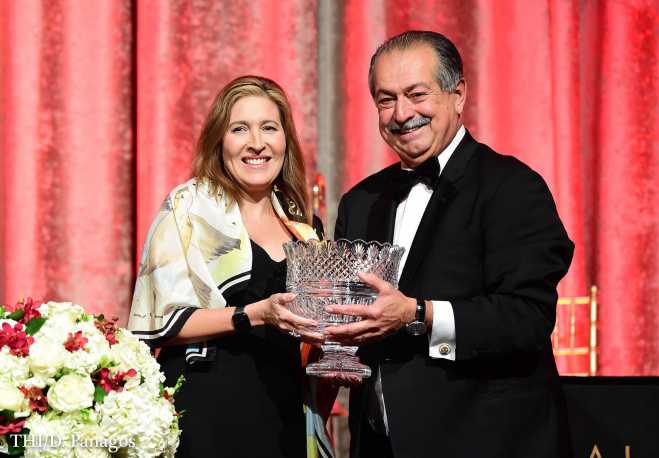 The Hellenic Initiative's (THI) 7th Annual Gala was held in New York City on Friday, September 27th, 2019. The Gala was attended by over 850 guests from the United States, Greece, Canada, UK, and Australia. This year's Hellenic Initiative honoree went to the Coca-Cola Foundation, for their support of Greece through various initiatives. According to THI's President, George Stamas, the Gala successfully raised over $2.3 million, making this year's Gala the most successful fundraising event in the Greek Diaspora globally.

THI's Executive Director, Peter Poulos, said: "This year's Gala was our best ever, and it is a testament to the enthusiasm and dedication of the Greek Diaspora, who want to connect to- and support the Greek homeland" .

For the past seven years, THI has provided over $15 million in grants to support its twin missions of building entrepreneurial programs that help keep talented young Greeks from leaving the country, and providing crisis relief for underserved communities in Greece, particularly children.

About The Hellenic Initiative

Founded in 2012, THI is a global, nonprofit, secular institution mobilizing the Greek Diaspora and Philhellene community around the world to support sustainable economic recovery and renewal for the Greek people. THI's programs build entrepreneurial skills in a new generation of business leaders and also address crisis relief through strong nonprofit organizations.

Watch video of the Event:

This year marked the 10th annual 2019 Global Citizen Festival, held on Saturday, Sep. 28th at Central Park’s Great Lawn, offering a platform and calling on people from around the world to take responsibility and commit to achieving the UN’s SDG’s. With a line up of back to back celebrities, actor, philanthropist, Hugh Jackman and his wife, Deborrah-lee Furness, returned to host the event. The audiencr danced and sang to the great performances by; Queen & Adam Lambert, Alicia Keys, Carol King, Pharrell Williams, One Republic, H.E.R., and many other guest artists.

An array of stars co-hosted including; Leonardo Dicaprio, Natali Portman, Rami Malek, Forest Whitiker, Dakota Johnson, and Aasif Mandvi, to name a few, who came on stage to support Global Citizen’s mission to eradicate poverty and hunger, and to put pressure on governments, businesses, philanthropists, and citizens to take responsibility and commit to empowering women, improving the quality of health care, education, and nutrition, make efforts to combat poverty, plastic pollution and climate change.

The Global Citizen’s movement was founded by Hugh Evans, and is making an impact towards holding citizens of the world responsible for taking action towards improving our world. Global Citizen has secured over 38 Billion over the past 8 years from companies, foundations and governments towards the commitment of the United Nations Global Goals.

The 17 sustainable development goals (SDGs) to transform our world:

GOAL 17: Partnerships to achieve the Goal

Is the world on the path to achieving these goals? No one questions that to change things towards a greater good, will need an adaptation of strategies that support attainable goals, most entail long term strategies that will address the needs of the society and the environment. All Goals are imperative, however the ones directly affecting human’s basic needs; such as clean water and air, hunger, shelter, education, safety, health care, and eradication of all inequalities are at the top of the list.

It is important to address social responsibility, environmental ethics and integrity through public concern and engagement. Climate Change and global warming is become more apparent by the minute, and the future of our planet and humanity in unequivocally a priority for all the world to turn their attention to. How easy will it be to transition out of fossil fuel and other traditional energy sources doing harm to our planet? Hold Food manufacturing methods accountable for sustainable methods and healthier productions? A difficult but most necessary world effort to offer resolutions, apply regulations, and incentivize the companies that have been providing these resources to the world, to find new innovative, environmental sustainable forms, is the challenge the world is still facing.

So where are we on these fronts, how is progress going? Although the goals were set in 2015, will they be reached by 2030? Tracking Progress is available for citizens on the world data base https://sdg-tracker.org/.

On the forefront of the Goals, most notable is that global hunger and undernourishment is down, yet 800 billion are still are hungry, the majority in Sub-Saharan Africa, South Asia and Haiti. The majority of countries today have average levels below 20 percent, with the highest common across Sub-Saharan Africa (reaching up to 62% in the Central African Republic). Also worth mentioning is that agriculture has become the cornerstone of employment and labor.

International poverty markers were revised in 2015 and state that the international poverty line is low with a benchmark of people living under $1.90 daily. According to https://sdg-tracker.org/, poverty is a concept linked to welfare, and for the entry it is based on consumption and income, an approach used by the World Bank. The long run evidence shows that the share of [people living in poverty has decreased in the last two centuries, linked to this is improvement in material living conditions, global health care and expansion and access of global education. However, growth of world population in the last century has caused the number of extremely poor people in the world to increase. The World Bank projects that if economic growth continues, the number of people in extreme poverty will stagnate at almost 500 million. In more than half the countries of the world, the share of the population in extreme poverty is now less than 3 %. The number of people in extreme poverty has fallen from nearly 1.9 billion in 1990 to about 650 million in 2018. This was possible because economic growth reached more parts of the world. https://ourworldindata.org/extreme-poverty

Renewable energy sources have always been historically dominated by the traditional fossil fuels and other biofuels. However, although they still remain the leader in energy, moderate renewables such as hydropower, are beginning to dominate, accounting for one quarter of renewable consumptions. Other renewable energy sources include solar, wind, geothermal and modern forms of waste-to –biomass conversion, all under modern renewable energy, collectively producing 5.9 TWh (terawatt-hours) globally, a 5-6 fold increase since the 1960’s.

As the world has been expanding and advancing at the speed of light with technology, we also really need to sit back and think about our role as humans in our world. As the Global Citizen movement, and many other like minded organizations are inspiring us and asking us to wake up and be accountable in helping our environment and our community, we must do our best to promote human values and hold our governments and companies accountable for healthier sustainable practices and the protection of basic human rights. 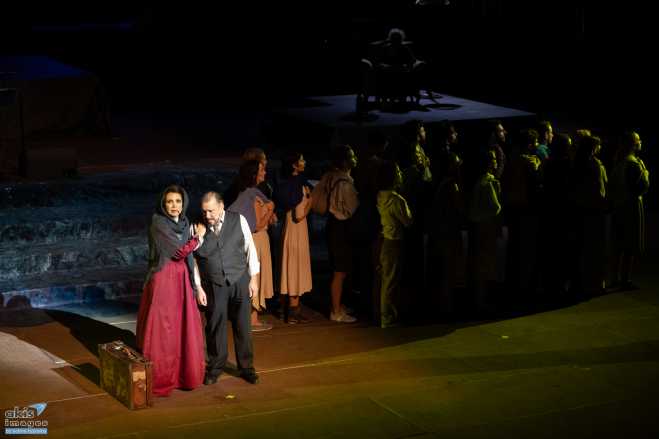 On Sunday September 1st 2019, The musical “Memories of Smyrna”, based on a story by producer, journalist, Basilia Zervou, was presented at the ancient theatre of Herodion Atticus, in Athens, Greece. The talented director Dimitris Malissovas, and brilliant writer, Tanas Xarokopou, showcased a heartfelt story told through the new generation, about a Greek family and the days leading up to the ethnic cleansing and massacre of Greeks by the Turks of 1922.

The performance moved the packed ancient Greek theatre, as the actors masterfully portrayed the story of the great grandson of an Asia Minor Greek musician, who inherits the letters and music after his grandmother’s passing. He retells the story of his great grandfather and grandmother’s tragic love story, and displacement of her family, through the saved letters and the music of the Greeks of Asia Minor (modern day Turkey). We relive the tragic events of the Greek Genocide by the Turks between 1912-1922.

The choreography of the chorus by Theodores Pana, brilliantly features the souls who where lost, and echo the stories through the other side by a “Zombie” inspired angle.

“Remembering Smyrna” featured the horror of what the Greeks experienced during the upheaval, however also presented the harmonious relationship between the Greeks and Ottomans amongst other cultures, who where living together in the same community for hundreds of years (Since the conquest and occupation of the Ottoman Empire in 1453), prior to the political turmoil that lead to 1912. The production gives the message to the new generation to pass on the stories, and to remember the tragic events, and lives lost during this turmoil of ethnic cleansing and political upheaval. 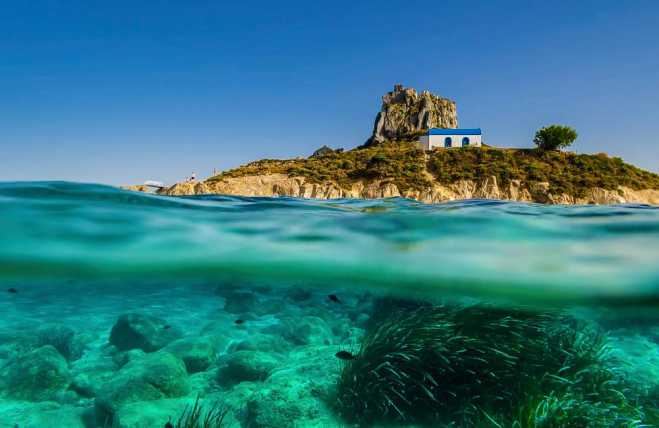 Kos has been one of the most visited destinations in Greece, known as the island of the ancient Greek father of medicine Hippocrates, her endless sandy beaches, turquoise sea, luxurious 5 star hotels and recently famed for her fine dining experience.

The beautiful large island encompasses a city beach life. The people of Kos are known for their traditional Greek hospitality, and cultivation of natural resources, as well as the biking island as the local mostly use this form of transportation because of her flat land.

Kos is very easy to get to with direct international flights and many flights offered daily from Athens, as well as an organized and well maintained harbor and marina. The marina is romantic and lined with various boats that can take you on daily excursions to other amazing neighboring islands such as Patmos, Kalymnos and Simi.