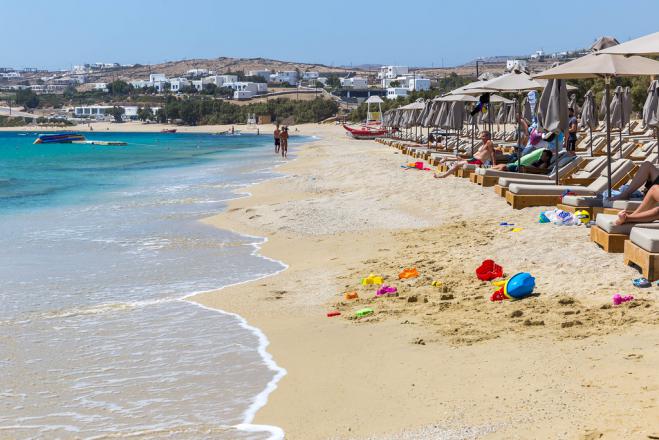 The American market is evolving into an important pillar of support for Greek tourism, which this year is expected to recover dynamically, after two years of "absence" due to the pandemic.

The first waves of visitor arrivals from the USA are a fact, with the largest US airlines not only starting their direct flights to Greece earlier, but also increasing the available seats on their aircraft.

The "Eleftherios Venizelos" airport has been welcoming planes full of American tourists since last month.

According to tourism agents, if all goes as expected, the US market this year will be very important for our country, as it was before the pandemic period.

Estimates put the number at around 500,000. Already, the three largest US airlines have announced that in May they will operate a total of nine flights on a daily basis, connecting Athens directly with various US cities (New York, Boston, Atlanta, Chicago, Philadelphia, Washington). That translates to about 22,000 seats a week.

Greece appears to have recovered the largest share of travel traffic from the US compared to other competing Mediterranean destinations, specifically compared to Spain, Italy and Portugal.

A recent Google survey showed that most searches for tourist destinations in Greece come from the United States, followed by those from Britain, France and Germany. The benefit for Greek tourism companies and the national economy is expected to be much greater, as based on 2021 data, Americans have shot the average per capita expenditure per trip above 1,010 euros. This amount does not include airfare and hotel accommodation.

Already, in the big hotels in the center of Athens, in the archeological sites and museums of Attica, the presence of the Americans is being felt, more perhaps than any other year. The most popular American destinations in Greece are in the South Aegean, with Mykonos and Santorini in the spotlight.

However, a significant influx of American visitors is now directed to Crete and Rhodes, while at least 2-3 nights are spent in Attica, the first stop of their journey.

The Middle East is seeing a comeback among upscale Americans this fall and holiday season, according to new findings from Virtuoso.

The Greek islands and the Mediterranean cruise are among the 10 absolute dream holidays for American travelers in 2017, according to research conducted by one of the largest travel agencies in North America, representing 30% of the travel agencies in the region, Travel Leaders Group.