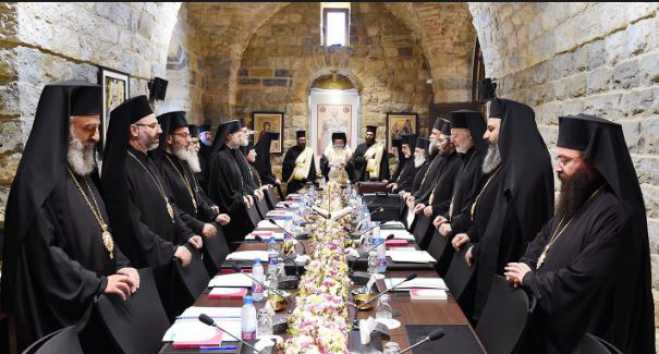 At his meeting with a Russian delegation today, Syrian President Bashar al-Assad spoke about attempts to divide the Church of Antioch into two separate Churches of Syria and Lebanon according to the pattern of the Church schism in Ukraine.

The head of the Russian delegation, Duma Deputy Dimitry Sablin, the co-chairman of the working group for the implementation of the agreement between the United Russia party and the Baath party, reported this to journalists today after meeting with the Syrian head of state, reports TASS.

In particular, Sablin said, again quoting Assad, “there are talks about granting independence to the Metropolis of Lebanon.” Assad also warned that “this process may continue.”

The President also spoke of the need to “prevent this division on all international platforms. Otherwise we will have hundreds of Orthodox churches and only one Vatican.”

“When we see artificial attempts to divide the people, to divide the Church, as is happening in Ukraine, it’s very important to meet and receive information first-hand,” Assad insisted. “The battle today is not only for Syria, but for the entire world.”

“Christianity is love and peaceful coexistence, but we see that’s not happening in light of attempts to split the people and Churches,” Assad said, adding that Russia has “peacefully coexisted with the West for 20 years, and today it is attacked from all sides and they’re not going to stop.”

In this regard, the Syrian leader said it is crucial to continue working with the youth towards the unity of the people.