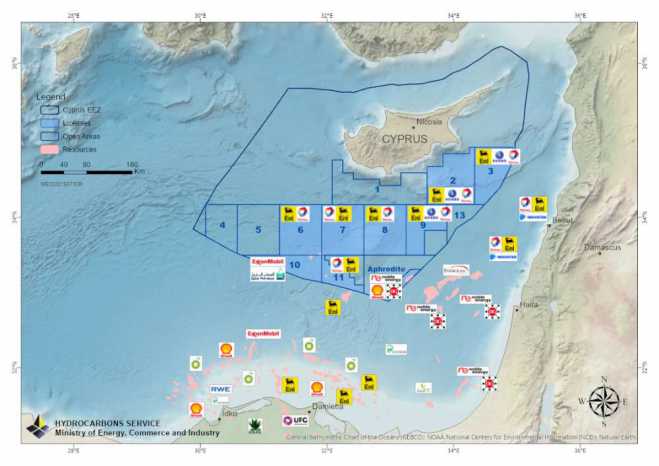 Cyprus has made another step towards the realization of its energy program, despite Turkey’s moves and provocations in the EEZ. As it became known late last night, plot 7 of the EEZ, which Turkey claims as falling under its continental shelf, is heading for the ENI-TOTAL consortium, which is the consortium that submitted the relevant application for this plot.

In the coming days the application will be examined by the relevant Advisory Committee, which will prepare a report to be submitted to the Minister of Energy.

A Ministry statement states that “as part of the process of applying for a Petroleum Research License for Research Area 7 within the Exclusive Economic Zone of the Republic of Cyprus, which was completed today, Monday, November 26, 2018, a request was received from Total E&P Cyprus BV / Eni Cyprus Limited».