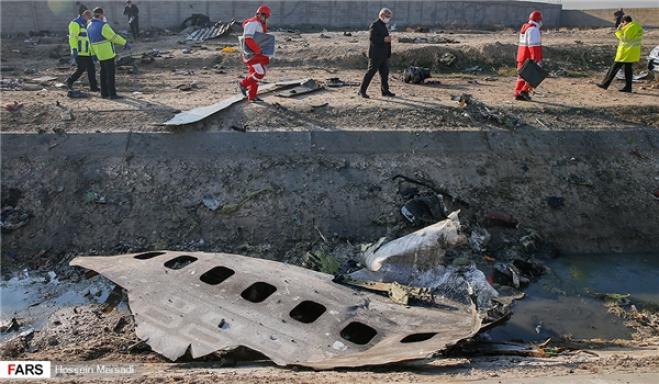 Ukrainian Boeing 737 Plane has been shot down as a hostile object due to human error at a time of heightened US threats of war, the General Staff of the Iranian Armed Forces said in a statement on Saturday.

The statement said an expert invistigation by the General Staff of the Iranian Armed Forces after the Ukrainian airline company’s Boeing 737 incident has found that flight 752 of the Ukrainian airlines has been shot down as a hostile flying object that was approaching a sensitive IRGC center and was shot down due to human error few hours after Iran’s missile attack on the US and as Iran’s military was expecting attacks by the US army.

“Following threats by the criminal US president and military commanders to strike a large number of targets on the Islamic Republic of Iran’s territory in case of an Iranian attack and due to the unprecedented aerial movements in the region, the Islamic Republic of Iran’s Armed Forces were on highest levels of alert to respond to any possible threats,” the statement said.

“In the early hours after the missile attack, military flights of the US terrorist forces increased around the country and defense units received some reports about flying objects that were moving towards the country’s strategic centers as several targets appeared on radar screens which made the air defense units more sensitive,” it added.

“Under such sensitive and critical circumstances, flight number 752 of the Ukrainian airline company left Imam Khomeini airport and then approached a sensitive military center after a turn, positioning itselt at the altitude and form of a hostile flight and was hit because of a human error and unintentionally under such conditions, and as a result a number of our country men and women and some foreign citizens lost their lives,” it added.

The statement extended the Iranian Armed Forces’ appology and condolences to the families of the victims for the incident resulting from human error, and ensured prosecution of those guilty.

The Armed Forces also ensured that it will immediately start fundamental revisions and reforms in operational procedures to make such human errors impossible.

He went on : “The Islamic Republic of Iran deeply regrets this disastrous mistake. My thoughts and prayers go to all the mourning families. I offer my sincerest condolences.”