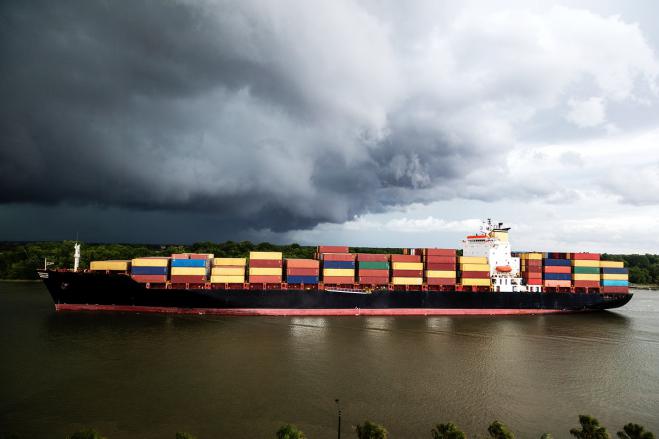 Twice as many ships have changed hands since the beginning of the year compared to the same period last year, confirming the significant interest in investing mainly in dry bulk carriers and secondarily in containerships and tankers. The protagonists in this frantic number of second-hand ship purchases are the Greek shipowners who broke the $ 5 billion barrier in second-hand ship purchases.

According to Allied Shipbroking, 1,450 ships have been transferred so far, up from 750 in the same period last year, including 715 bulkers, 363 tankers, 244 container vessels and 19 gas vessels. The total value of sales is estimated at 22.08 billion dollars, when last year the value of sales had reached 16.5 billion dollars.

Greek shipowners acquired one in five ships involved in a transaction, while in value Greek investments amounted to 5.08 billion dollars and constitute 23.5% of the total investments made so far in second hand ships. In particular, Greek shipowners acquired, among others, 184 bulkers worth $ 3.06 billion, 68 tankers worth $ 1.34 billion and 28 containerships worth $ 0.39 billion.

In the list of buyers, in second place behind the Greeks, are the Chinese with purchases of 257 ships worth $ 3.14 billion.

The high value of the ships is not only explained by the fact that many ships were sold, but also by the increase in their value this year. For example, the price of a five-year-old Capesize has risen by 60% in one year and now stands at $ 57.5 million.

Shipowners and analysts expect that the upward trend in bulk cargo freight rates will continue for at least the next two quarters and therefore many are rushing to acquire capacity to take advantage of the current situation. There is also a growing interest in container vessels as in some cases it is advantageous to buy a vessel instead of chartering it.

In these two categories of ships, bulk cargo and containerships, there were also cases of shipping companies that proceeded to mass purchases this year. Indicative in containerships is the case of MSC based in Switzerland, which is said to have acquired about 100 ships from last August to this year, while in the bulkers stands out the Greek interests Costamare, which entered the industry dynamically buying 37 ships in a few months.