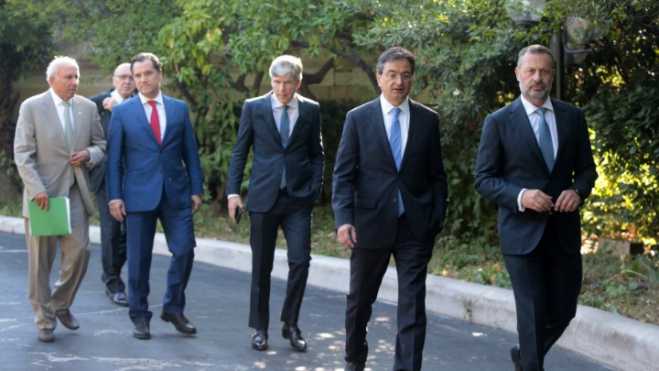 Prime Minister Kyriakos Mitsotakis met with the Canadian owner and CEO of Fairfax Financial Holdings in at Maximos Mansion on Friday morning.

The PM’s Office released a statement about the meeting noting it took place in a very positive atmosphere.

The statement stressed the government was determined to push ahead with the implementation of a reform agenda focusing on a series of measures aimed and legislative initiatives aimed at bringing about a dynamic growth in the Greek economy.

The government’s emphasis was on resolving the forward-looking implementation of a reform agenda with a series of direct legislative initiatives that will lead to the dynamic growth of the Greek economy.
The billionaire investor expressed his confidence in the new government and its plans.

He told to the Prime Minister: “Move ahead as you started. Greece will be a different country in a while and investment interest will be very high.”

Mr. Watsa expressed his enthusiasm over the new government’s reform programme, the speed at which the Greek cabinet was formed and the potential of the legislative initiatives leading to more dynamic growth in the economy.

The CEO of Fairfax also expressed his interest in his group investing in the Greek insurance market, the real estate market and major tourist projects.