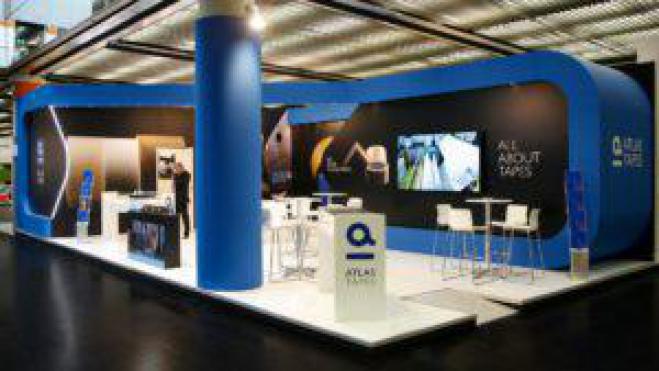 DECA Investments AEDOEE (DECA), sole proprietor of Diorama Investments Sicar S.A., announced the exit of Diorama from the investment in the company Atlas Tapes S.A. The exit is made through the acquisition of shares by the three main shareholders, members of the company's management (management buyout).

Atlas Tapes is a dynamic extroverted Greek company that is active in the production and marketing of adhesive tapes and packaging materials. With a strong management, revenues expected to exceed EUR 115 million in 2021, of which over EUR 100 million from exports, strong profitability and significant investments, the firm has managed to become one of the three largest companies in its industry in Europe.

The CEO of Atlas Tapes, Mr. Iason Lantzis, stated: "In 2015, Atlas Tapes selected the DECA Investments team as a companion in the implementation of its strategic plan, which aimed at organic development and to make the company's factory one of the most modern and automated in Europe. The strategy of Atlas Tapes, which aimed at the development through the modernization and automation of its production line, combined with the excellent choice, as it turned out, to have the highly experienced Deca team as a participant and partner, exceeded our expectations, bringing impressive results. In the achievement of our business plan, the trust shown by the management team of Deca in our company helped significantly, always supporting all of management's crucial decisions."

The CEO of DECA Mr. Nikos Koulis stated: "In 2015, in an extremely difficult period for Greece, we decided to invest in Atlas Tapes because we believed in the management, the quality of the company and its perspective. The results fully justified our decision. By utilizing the funds of our investment, our assistance for better access to the banking system, but mainly with prudent management, the company carried out a large investment program of 40 million euros which contributed to having today one of the best, if not the best factory in its industry in Europe. We have great respect for the management and the perspective of the company in which, if we did not have the known time constraints that govern a private equity fund, we would remain shareholders for a long time."