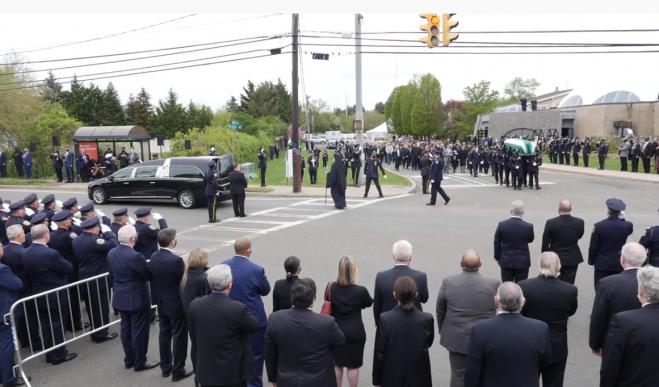 The funeral procession, officiated by the Archbishop of America Elpidoforos, was attended by the Mayor of New York Bill De Blasio, as well as police officers, who bid farewell to Anastasios Tsakos with all the prescribed honors. The expatriate policeman left behind his two parents, Stavros and Anna Tsakou, his wife Irini and his two minor children, aged three and five. 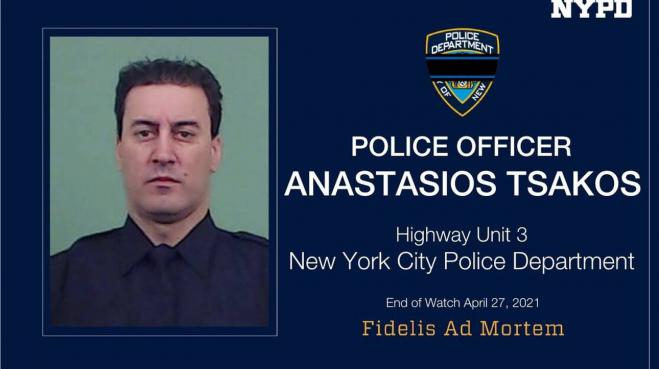