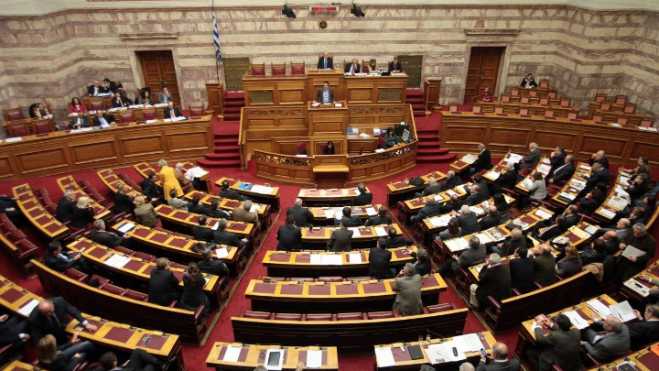 The debate on the vote of confidence in the government will begin in the plenary in parliament at 12:00 noon on Tuesday morning, according to updated information received Monday evening.

The Conference of Presidents said the debate would end with a vote on Wednesday night.

The meeting also decided to postpone Monday's scheduled discussion on an education ministry draft bill that was due to begin at noon.

Prime Minister Alexis Tsipras initiated the process on Sunday, sending a letter to Parliament President Nikos Voutsis asking him to make the necessary arrangements. The prime minister announced that he would ask parliament to renew its vote of confidence in the government, rather than make use of constitutional leeway to rule without an explicit majority, after the Independent Greeks (ANEL) party announced that it was withdrawing from the coalition with SYRIZA on Sunday.