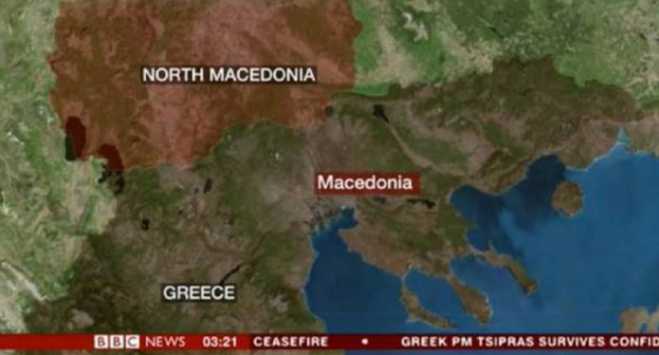 The British broadcasting giant, the BBC, has already advanced the change of name for FYROM while presenting the Tsipras-Zaev agreement for Skopje.

As shown in an earlier map appearing on a BBC News issue, the neighboring state was presented as "Macedonia".

Following the deal, the map displayed by the BBC lists "North Macedonia: as the country's name.