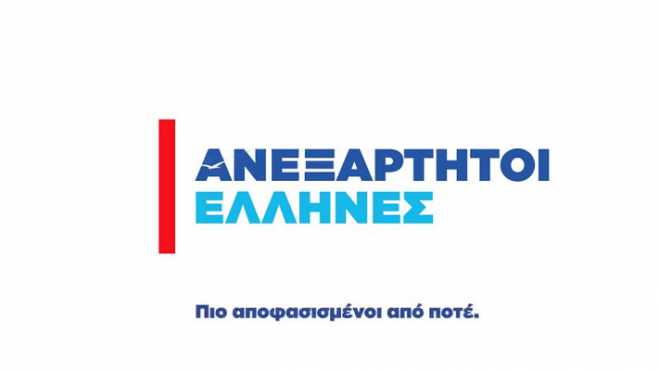 Τhe Parliament's Scientific Council in the opinion it sent to the President of the House στρεσσεσ τhe parliamentary group's party homogeneity, when it is left with five MPs, thereby "formalizing" the dissolution of the Independent Hellenes (ANEL), in the event that the Thanasis Papachristopoulos is stricken off.

According to the Opinion, which was presented by protothema.gr, "the final question is whether the Parliamentary Group set up under Article 15 (1)  which now has just 5 members is still a party group under paragraph 2 of that article if one of of these MPs who comes from another KO or from independent MEPs, and the answer is negative, according to the above."

It is reminded that immediately after the end of today's meeting of the ANEL Parliamentary Group, Panos Kammenos called on Mr Papachristopoulos to deliver his seat before the start of tomorrow's debate on FYROM's accession protocol to NATO, otherwise he would delete himfrom the roster.

This means that the PG of ANEL will probably have five members, but one of them has been elected with another party (Aristides Fokas with the Union of Centrists) by 10 am on Friday.