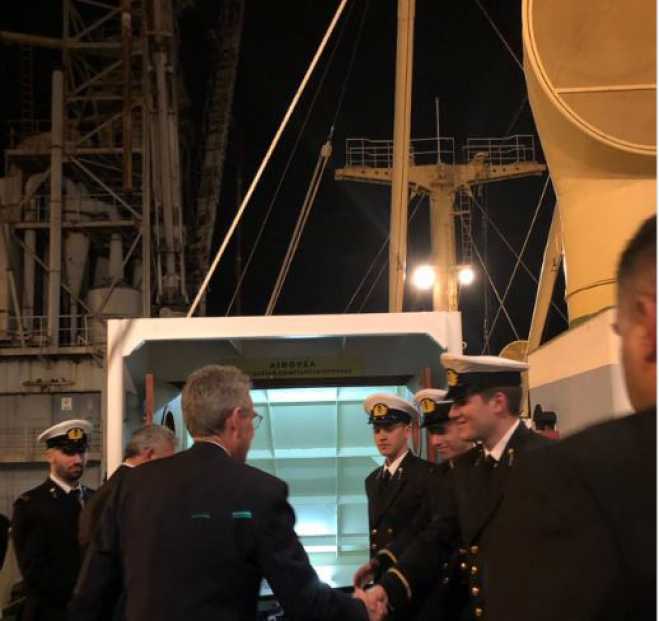 Mr. Pyatt was welcomed aboard the Hellas Liberty, by cadet officers from the Hydra Naval School.

At the same time, the US Ambassador through his Twitter account highlighted the strong ties between Greece and the US in the shipping industry.

The event was attended by representatives of Greek-American shipping companies and state officials.

Finally, it is worth mentioning that, according to the Club of friends of Liberty, the specific ship (the HELLAS LIBERTY floating museum) is one of the three remaining Liberty ships, which the US government decided thanks to the concerted efforts of the state and the Greek shipping community to donate to Greek government in 2007.