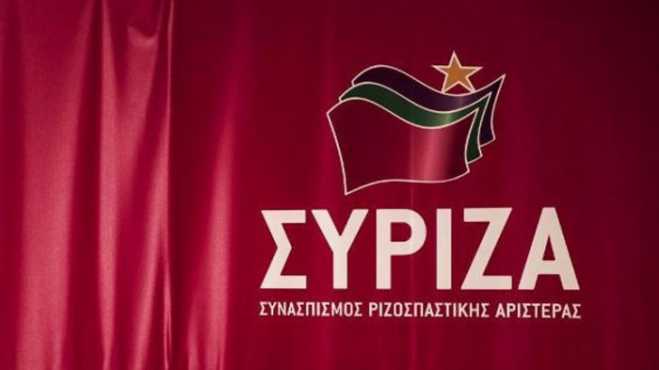 The evolution of SYRIZA from 2015 to today, the compromise for the name "North Macedonia" and Greece's stable but not upgraded creditworthiness is being featured in the German press, according to the DW website.

"In 2015 when SYRIZA won the elections, the celebrations were great, but the disappointment quickly came. Is the example of Greece indicative of the European Left, "questions the Berlin daily Tageszeitung in an article titled: "SYRIZA, a reforming power or a traitor's party? "

According to George Hondros, a founding member of SYRIZA, the first government of Alexis Tsipras had to cope with a dilemma similar to that of  ancient Greeks when faced with the pressure of the Athenian Alliance, according to Thucydides' writings.

The residents of Milos wanted to remain autonomous and independent and told the Athenians "that retreat means despair," says the article, recalling that in the end the Athenians did not listen to the wishes of Milos and chose the way of demonstrating power. That is how G. Hondros would describe Athens' position in the negotiations with the Eurogroup in 2015.

"If the attitude that SYRIZA maintained was the right thing, is something that divides the left in Europe to this day," the German daily notes, recalling that Alexis Tsipras changed track in a week after citizens voted "NO" in the Greek referendum. "He submitted to the European austerity policy. The inhabitants of Milos decided differently in 416 BC. and then they were later defeated," TAZ writes.

According to TAZ in 2015, the rise of SYRIZA to power was immediately read by the European Left as a triumph. The same quickly happened, however, "when the Greek David had to succumb to the European Goliath. The German Left has thus lost its interest in Greece, with few exceptions, such as the militant Social Democrat Gheisene Schwan, TAZ says. Meanwhile Greece, the article notes, left the European rescue program, although the country remains under the strict supervision of lenders.

"But the Tsipras Government still has to rule. In the polls, the figure for SYRIZA is 25%, a figure still much higher than any other party to the left of social democracy in Europe. However, the hopes many have had on SYRIZA have been dashed for many, while Varoufakis is now one of his toughest critics," the article notes.

What the Athenians say on the streets for "Northern Macedonia"

TAZ also features reportage from Athens on how residents of the Greek capital, younger and older, see the agreement on "North Macedonia" and the "strange", as noted, behavior of the Greek MPs.

After a reference to the history of the Greek-FYROM conflict that goes back to the end of World War II and the use of the name "Republic of Macedonia" by the federal state of the former Yugoslavia, the columnist notes that "in the shadow of history is difficult to reach compromises," while noting that "the compromise remains controversial" since according to polls, only 12% of the Greek population is in favor of the agreement.

"So-called patriots want to gain ground from this. The right appears to be successful - the far-right Golden Dawn, according to recent polls, would be the third parliamentary power in the elections. But not only them, but also moderate conservatives and social democrats reject the agreement (...) Despite the resistance, Prime Minister Alexis Tsipras managed to pass the agreement in the Greek parliament, despite not having a majority since the populists ANEL left the government as a sign of protest against the deal.

Now, Tsipras relies on a new majority with the help of independent MPs and the former members of ANEL. " The article also refers to the case of the former member of ANEL, Thanassis Papachristopoulos, who had stated that he wanted to resign, but the President of the Parliament did not let him leave, so he postponed his resignation under pretexts and after he voted in favor for the accession FYROM in NATO. Simple citizens see such moves as "opportunism," reports the report.

"Stable" assessment of Greece but no upgrading

With regard to Greece's latest credit rating by Fitch, the financial newspaper Handelsblatt notes that the international firm expects acceleration of economic growth in Greece, but it does not go ahead with its upgrading. Its rating is "BB-", three points below the minimum status that a country must have in order to be attractive to investors.

As the newspaper notes, "the impact of the financial crisis limits the margin of government maneuvers, increases pressure on the government and affects social stability. However, governance capacity appears to be significantly stronger than other comparable countries. "

Handelsblatt recalls that Greece has borrowed from its 280 billion euro partners since 2010, while its public debt of 180% is the highest in the eurozone. Finally, it notes that such ratings of a country's credit are critical because they also determine the level of the interest rate for subsequent borrowings. "The better the rating, the lower the interest rate," the paper said.