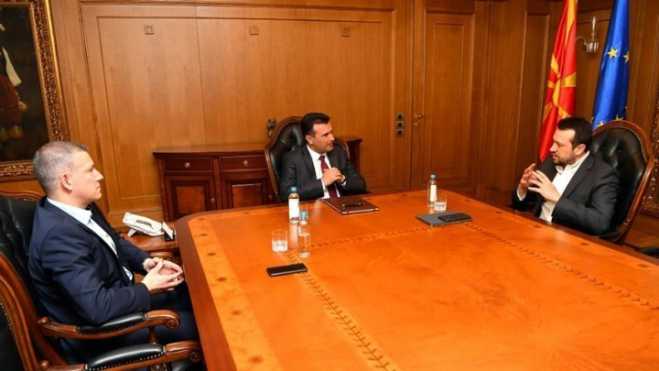 Digital Policy, Telecommunications and Media Minister Nikos Pappas discussed with Prime Minister of North Macedonia Zoran Zaev on Monday the positive framework for both countries following the signing and implementation of the Prespes Agreement and the new era of friendship and cooperation between the two peoples.

Pappas was received by the Prime Minister of North Macedonia on Monday evening in the government building and together with Damjan Mancevski, the Minister of Information Society and Administration, briefed Zaev of the cooperation between the countries on digital transformation.

In a statement to the Athens-Macedonian News Agency (ANA), Pappas stressed that the implementation of the Prespes Agreement creates opportunities for intensive cooperation between the two countries in all areas as well as in the solution of problems created in the past.