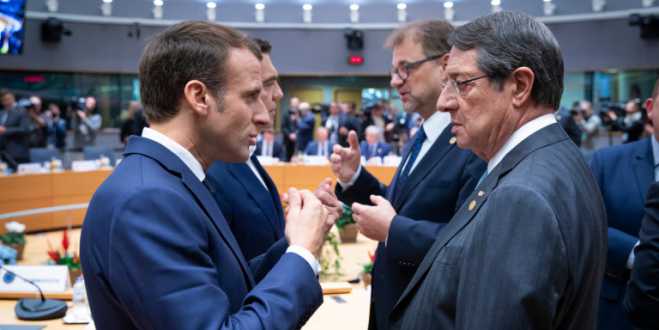 Turkey's provocations in the Eastern Mediterranean with regard to the Cyprus EEZ and drilling are expected to be tabled today by Cyprus and Greece at the informal European Council in Sibiu, Romania.

Both Cypriot President Nikos Anastasiades and Greek Prime Minister Alexis Tsipras are expected to raise the issue of the challenges that culminated in Ankara's announcements of upcoming drilling and the sending of two floating drills in the area, accompanied by warships.

The President of the Republic of Cyprus, Nikos Anastasiades, recently described the Turkish provocation as the second invasion of Cyprus.

The start of the informal summit is scheduled for 12:30 (Greece time), with work to be completed late in the afternoon.

Immediately after the meeting, ND shadow Foreign Minister George Koumoutsakos argued that "ND has repeatedly criticized the way in which the Government assessed and dealt with Turkey's deceptive and provocative behavior in the Aegean and the Eastern Mediterranean."

He stressed, however, that "today's priority is a coordinated national attitude towards the policy of intense Turkey's intentional violations in the Eastern Mediterranean, ignoring the International Law of the Sea and effectively questioning the sovereign rights of the Republic of Cyprus."