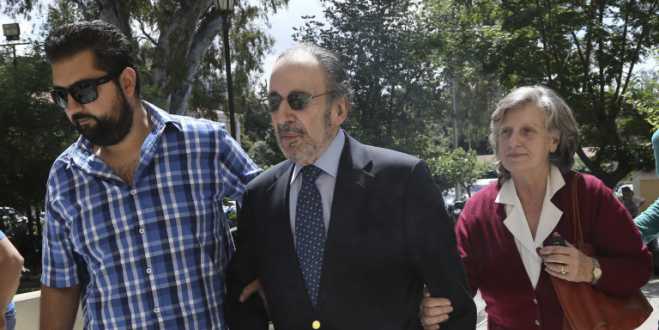 A 10-year prison sentence, but with suspension, was imposed the Appeal Court of Athens to Andreas Martinis and his wife for money laundering fense.

The case has to do with a 3.1 million Deutsche Marks kickback they received. .

Thanks to the suspension, the former president of the Red Cross does not return to jail, at least until the appeal, but the judges imposed on him and his wife Georgia restrictive conditions that provide for a ban on leaving the country and the appearance of both at the police station , twice a month.

The court acknowledged the defendants the attenuation of the former honest life, but rejected the attenuator of good behavior after his act, advocated by the defense.

On the contrary, the co-accused businessman Dimitris Kambis was acquitted.

The charge against the former President of the Red Cross and his wife concerns a kickback received from 1998 to 2003 for the signing of a contract between the Henry Dunant Foundation and the German firm Hospitalia International for hospital and hotel equipment .

It is recalled that the 76-year-old defendant had been jailed for the case and was released for health reasons.