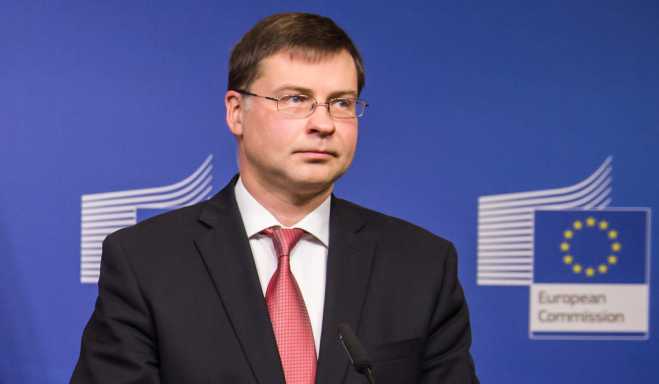 In its third enhanced surveillance report on Greece published Wednesday, the European Commission said Greece’s economic recovery is expected to continue in 2019, with real GDP growth forecast to reach 2.2% in both 2019 and 2020.

Commission Vice President Valdis Dombrovskis told a news conference that Greece was among the countries that had undertaken most reforms in the past five years, leading to growth of employment and of consumer demand.

However, the Commission’s report notes that Greece’s public finances continue to face important fiscal risks. Moreover, recently adopted relief measures by the Tsipras administration are seen by Greece’s Eurozone partners to pose a risk for the achievement of the agreed primary surplus target of 3.5% of GDP in 2019 and beyond.

European institutions estimate that these measures will have a fiscal cost of more than 1% of GDP in 2019 and beyond, while stressing that their quality is of concern given the objective to make public finances more growth-friendly and to direct a higher share of social spending towards groups who face the highest incidence of poverty.

Euro zone finance ministers will discuss the measures at their next meeting in Luxembourg on June 13-14.

On their part, Finance Ministry sources pointed out that the European Commission is merely expressing reservations, as it has done in the past, without, nevertheless, such concerns being vindicated.  The same sources point out that a review of budget figures will need to go ahead in the autumn, in any case.

Moreover, the Finance Ministry stands by its projection that it will post a 4.1% primary surplus this year, well above the 3.5% target. It also estimates that its package of relief measures will only cost 0.6% of GDP on an annual basis.