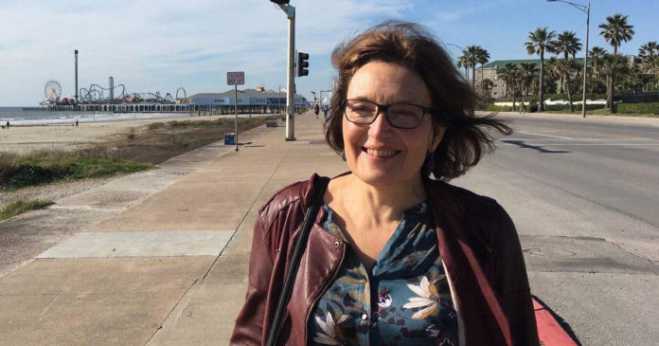 A 27-year-old local man was charged with the murder and rape of 60-year-old American biologist Suzanne Eaton and illegal possession of arms, by a prosecutor in Chania, Crete, on Tuesday.

The Greek man confessed to the murder, police officials said at a press conference.

Crete Police Director Kostas Lagoudakis said the suspect, who was arrested on Monday, initially contradicted himself during questioning then broke down and confessed when confronted with overwhelming evidence of his crime.
Eaton was on the island to participate in a scientific conference at the Orthodox Academy of Crete and went missing on June 2. Her body was found five days later in a cave that had also served as a WWII bunker in the area of Maleme, Chania, in Crete.

The man will testify before a prosecutor on Friday.

Crete Police First officer Eleni Papathanasiou told reporters that the man, a local resident on the island, told police that he hit Eaton twice with his car, with the intent of immobilising her in order to sexually molest her, as she was jogging on the road to Kolymbari. He said that when she tried to resist, he blocked her mouth and nose with his hands, and while the woman was unconscious, he put her in the back of his car and took her to the opening of a ventilation shaft into the disused bunker, where he raped her and then tossed her body into the shaft, so it fell into the cave where it was later found.
Papathanasiou added that police were also waiting for the results of toxicology tests.

Chania Security Police Director Paris Chinopoulos noted that the suspect said that he "was trying to find someone to have sex with," and that "he randomly selected the specific woman for this purpose."

Chief of Chania Police Giorgos Libinakis thanked all police who worked toward solving this crime and Suzanne Eaton's family for their trust in the Chania police, adding that the man will now be taken before a Chania prosecutor.
No other persons were involved in Eaton's killing, Chania Police said.