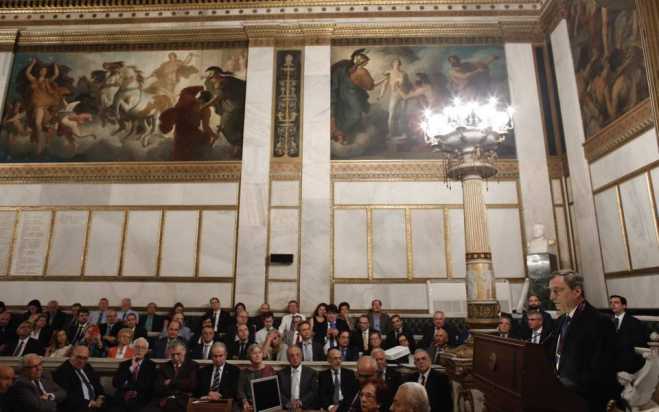 Real economic convergence is important for the cohesion of a monetary union, the outgoing President of the European Central Bank (ECB) Mario Draghi said on Tuesday evening, speaking in Athens.

It is therefore vital that appropriate national and European policies are in place to help countries affected by the recent crisis, like Greece, converge, he added, during an event at the Academy of Athens to declare him a foreign partner.

Draghi defended ECB's policy of negative interest rates and quantitative easing and, addressing critics of these policies, argued that eurozone's resilience after many years of crisis proved his critics were wrong.

Referring to the conclusions drawn from the recent crisis, the ECB head called on politicians to learn from past lessons, study the experiences of others, and avoid foreseeable risks to the public by changing their policies today.

He said the monetary union was “born incomplete” and, within a decade, faced a crisis that few could have foreseen. “It is understandable that it was not ready,” he said, adding however that we now know what is needed to bring stability to all countries, and what is at stake if policy makers act too slowly to stabilize the Union as a whole.