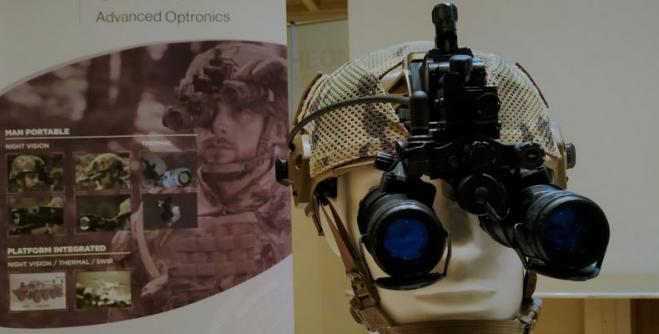 The US Department of Defense awarded ESA and THEON SENSORS a five-year, $ 249 million contract in early September that provides for the production of more than 14,000 night vision binoculars. Deliveries are expected to begin in spring 2020 and be completed in September 2024.

The event was attended by the Minister of Development and Investment, Adonis Georgiadis, who gave credit to THEON for its great success and for its leading role in the country's exports.

"It is very important news for Greece today that a Greek company can participate in the defense industry with a competitive product, which is supplied to the best armed forces on the planet, that is, the US", said Mr. Georgiades. As he added, this means that "this company can make competitive products in a sector that Greece needs and is a great success. The whole idea for ​​our government and our country is how we can increase exports. This is our national wager. If we do, Greece will have a bright future. If not, we will continue to be in this misery,” he said.

Mr. Georgiadis thanked the US Ambassador to Greece, Jeffrey Pyatt, who was present at the event, for his sincere and personal interest in reinforcing the economic ties between the two countries, since this support, he said, would brings further improvement in Greek-American relations and will build ties not just for a few years but decades and centuries.

For his part, Mr. Pyatt said that the five-year contract won by THEON in the US is a milestone for both the company and Greece, and is fully in line with the priority given by the Greek government to the development of defense and technology companies, while being another excellent example of Greek-American economic and defense cooperation.

Theon SENSORS CEO Christian Chatziminas said: "We were by far the leading night vision company in Europe. Our standard aim and vision for our participation in the American market is becoming a reality today. After four years of persistent and intense effort, we have been able to win the American Pentagon competition with our American partners. We believe this is the biggest success of a Greek defense industry company in the US market. "