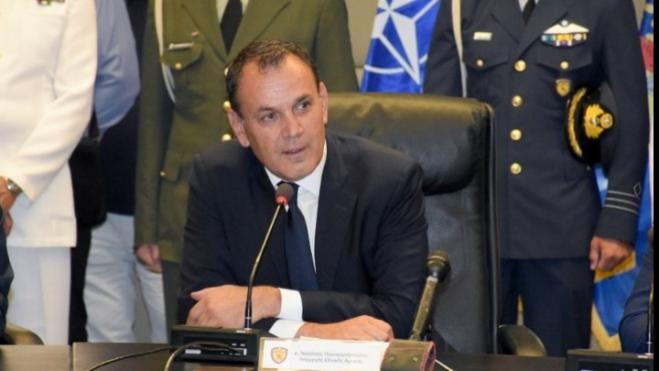 "Something appears to be happening" in the international community in response to Turkey's invasion of Syria and its illegal actions in Cyprus' Exclusive Economic Zone (EEZ), Defence Minister Nikos Panagiotopoulos said in an interview with REAL FM radio on Tuesday.

"Europe has decided to take measures over [Turkish President Recep Tayyip] Erdogan's behaviour. The weapons embargo will not stop the Turks' invasion of Syria but it will make them understand that their behaviour has consequences. Combined with the sanctions imposed by the U.S. it appears that something is happening in the international community," he said.

He noted that "Europe's reaction was not what we expected, it is slow and hesitant," while adding that "there were threats on Europe's part but its decision was not turned into action. Now, however, something is happening. Turkey acts on the basis of military might. There has to be a limit."

On the possibility that Turkey might request NATO's assistance if Syria is involved in a war, Panagiotopoulos warned that "such a possibility will complicate the situation in the region".

He announced that Greece will launch a process to upgrade its fleet of F-16 fighter planes to 5th-generation Vipers. "Turkey's exclusion after it bought missiles from Russia is a favourable conjuction but many steps remain before [the aircraft] can be acquired by Greece," he clarified, adding that "perhaps Greece can take Turkey's place. It is a possibility that is being discussed."