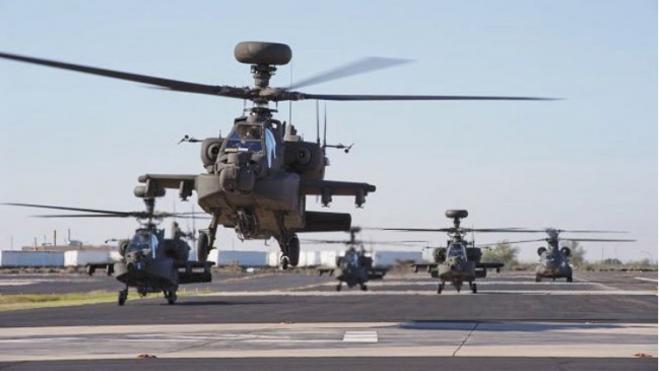 A new batch of US Army Air Force is already in Greece and is being prepared for training and exercises with Greek military helicopters and select units of the Hellenic Armed Forces.

US Army helicopters arrived at the port of Volos and Thessaloniki, disassembled and in containers. Initially they were transferred to warehouses in Volos. A few days ago the shipping of the containers to the military base at Stefanovikio Magnesia began, under the supervision of a senior US official.

According to reports, helicopter pilots and US Army Air Force officers will arrive in Thessaloniki first by air and by bus will be transported to Stefanovikio, where they will settle for the next several months to participate in joint exercises with Greek army aviation and marines units. The whole process is expected to be completed by the end of October or mid-November.

At the Stefanovikio air base (which will have an upgraded role as envisaged in the new Greek-US military cooperation agreement), recently, the 80 helicopters were delivered to the Greek Army by the US Army. These are 10 CH-47 Chinook transport helicopters, and 70 Kiowa Warrior attack helicopters.