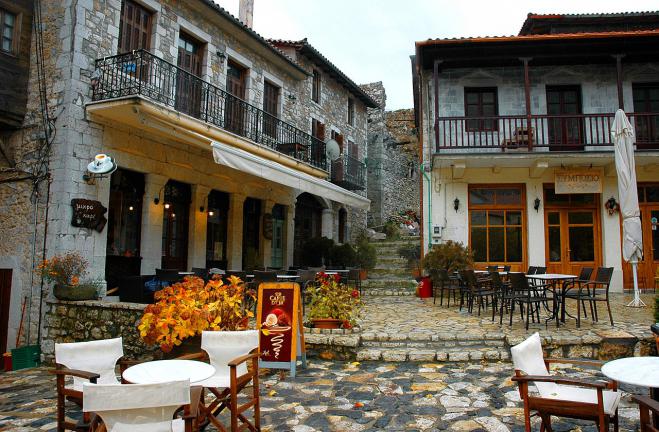 In a break from the ubiquitous "Top ...something" lists of best Greek islands and beaches, which crop up periodically in international media, CNN this week breaks with the trend and lists 17 of the most picturesque villages in the east Mediterranean country, some on islands.

1. Stemnitsa in fabled Arcadia prefecture, in the central Peloponnese of southern Greece

2. Aghios Georgios (St. George) Nileias, in the verbant and mountainous Pelio district on the coast of eastern central Greece

4. Ano Syros, on the Cyclades island of Syros

5. Pyrgi, on the eastern Aegean island of Hios (Chios)

7. Litochoro, in the uplands of Pieria prefecture, north-central Greece, beneath Mt. Olympus

8. Medieval Lindos, above the eponymous archaeological site, on the popular Dodecanese island of Rhodes ONISSI/ΧΡΗΣΤΟΣ ΜΠΟΝΗΣ

9. the main village (Chora) on upscale Folegandros, in the western Cyclades

10. Assos, on the large Ionian island of Cephallonia

11. Apeiranthos, on Naxos, the largest and increasingly international destination of Naxos

13. Remote Kalarrytes, built in a gorge in Ioannina prefecture, in northwest Greece

14. the picturesque harbor town of Gythio, in Laconia prefecture, in extreme southern Greece

15. Katastari, on the Ionian island of Zakynthos

16. Kastro (castle) on the Cyclades "jewel" of Sifnos, and finally,

17. Acharnes, near site of a Minoan-era settlement, on the large island of Crete