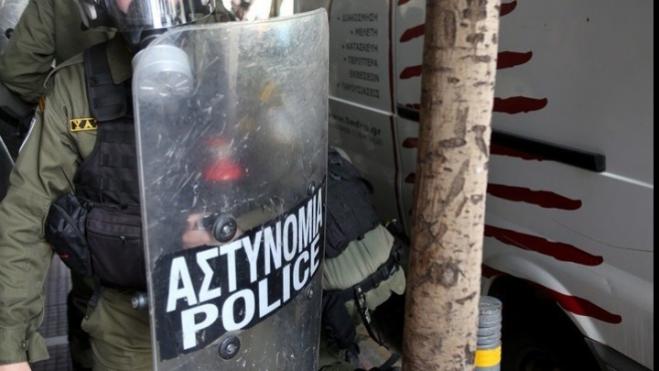 Clashes were underway in the forecourt of the Economic University of Athens on Monday, between a group of some 80 individuals that had entered the university premises and police that intervened to push them back.

The university senate, meanwhile, has decided that the university will stay closed until November 17, the anniversary of the Athens Polytechnic uprising that is celebrated in Greece every year.

Earlier, MAT riot police had used tear gas and flash-bang grenades to repel attacks against them with stones and other objects.

Traffic outside the University in downtown Athens has been interrupted but police have not detained anyone so far.

In a search of areas within the Economic University on Sunday, police found paraphernalia used by rioters, among others, such as hoods, piece of marbles, stones, clubs and helmets. These areas were used as bases for attacks against police.