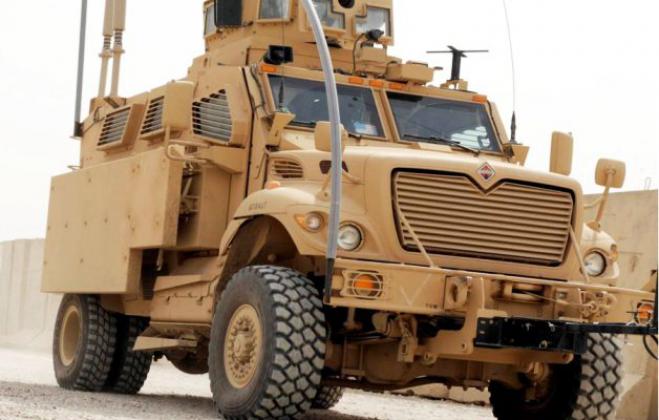 Hundreds of MRAPs are ready to be offered by the US to the Greek Army. Last month’s announcement informed the Hellenic Army General Staff (GES) of the availability of several thousand MRAR vehicles designated as Excess Defense Material (EDA) following the US Army and Marines’ decision to drastically reduce the number of vehicles in that category.

GES studied the idea and concluded that several hundred vehicles could be acquired to replace the M113 APCs and the few BMP-1s remaining in the ASDEN Area of ​​Responsibility. This will provide 4 × 4 or even 6 × 6 wheeled vehicles, which are faster and much better protected than the level of protection provided by the M113. In general, MRAPs feature floor shields for resistance to mine explosions and all-round protection against bullets up to 12.7 mm.

Replacing the M113s with MRAPs on the islands will provide up-to-date state-of-the-art materials with a high level of protection and more agility, making them ideal for rapid transport of infantry to eliminate threats. The acquisition of a large number of vehicles will allow them to be deployed on smaller islands, which until now have been completely devoid of any protection for the infantry forces of their garrisons. The MRAPs carry 7.62 mm or 12.7 mm heavy machine guns and, depending on the version, can carry a group of 8-10 men.

The important thing is that MRAPs are completely free and not in storage, meaning they will be fully operational as soon as they are withdrawn from US units. The only issue that is expected to be addressed is maritime transport costs, which is being examined as to whether it can be undertaken by shipowners in the context of beneficial service to the homeland.

It is noted that the US Army and Marines are withdrawing several thousand MRAPs of various types, and Egypt has already completed delivery of 930 vehicles last July. The vehicles were allotted free of charge and Cairo has already begun the process of acquiring 1,000 more MRAPs.

The US move to provide Greece with this material for free is also attributable to the warm bilateral relations that exist at all levels but also to the fact that in recent years the US services have gained a better understanding of the defence challenges facing the Greek Armed Forces.

Naturally, the acquisition of MRAPs can also meet the needs of the 4th Army Corps, since there is not one type available but several in different versions, thus making it possible to cover the role of personnel movement and reconnaissance.