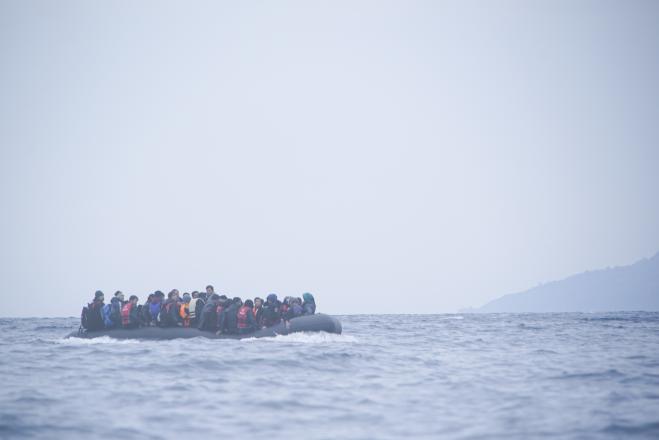 A Syrian human trafficker was sentenced to a total of 307 years in prison, and a fine of 257,000 euros, by the Dodecanese Mixed Circuit Court of Appeals.

The 38-year-old Syrian man was tried for his involvement in a sailing boat wreck in September 2015 which had resulted in the death of 34 people, including four infants and 11 young children!

Under current law, the convicted man will serve 20 years of his sentence, which is significantly reduced compared to the first-instance court penalty imposed on him at the start of 2017 by the Rhodes Joint Circuit Court.

The Syrian was the only one to appear before a court of first instance, which had also tried two other Syrians as accomplices in the tragic event, was initially sentenced to a total of 748 years in prison and a total fine of 1,290,500 euros. The court handed down a 384-year sentence to the second Syrian defendant, A.S., and a fine of 898,000 euros, while the third, BH, also from Syria, a total prison sentence of 640 years and a fine of EUR 1,290,500

The tragic accident had taken place on September 13, 2015, off Pharmakonisi island.

The boat was submerged and capsized about two metres offshore and about 4 meters deep. 99 people were rescued from the wreck.