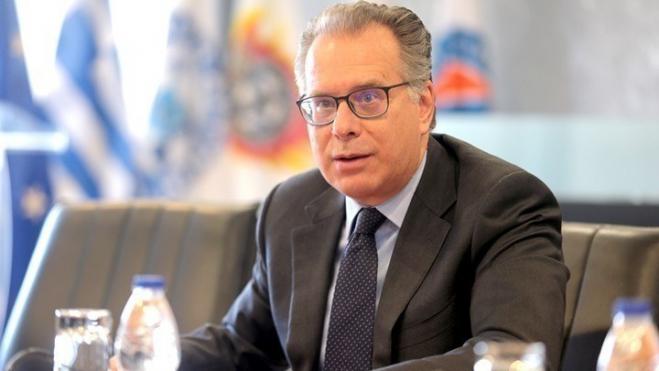 Deputy Citizen Protection Minister George Koumoutsakos participated on Thursday in a seminar on "Eastern Mediterranean. The Importance of Pillars of Stability in a Sea of Instability" organised by the Hellenic American Institute in Athens. The event was attended by U.S. Ambassador to Greece Geoffrey Pyatt, International Relations Professor Konstantinos Filis, and Doug Bandow, a member of the U.S. CATO Institute.

Koumoutsakos stressed that the Mediterranean can and should remain an area of stability, cooperation and mutually beneficial development, adding that Greece and its allies, Cyprus, Egypt and Israel, are successfully contributing to this effort.

Concerning the escalation of Turkish provocations, Koumoutsakos stated that: "Turkey is violating the International Law of the Sea through its statements and actions. Turkey's recent letter to the UN and the Memorandum of Understanding with Libya, which has no legal implications, is a gross violation of the Law of the Sea."

Koumoutsakos said that Turkey is taking advantage of the refugee issue to promote its own agenda. "We see Turkey instrumentalising migration to further its geostrategic goals in the Middle East and the Southeast Mediterranean. Specifically, high-level Turkish officials have made it clear that if their country's demands are not met then they will "open the floodgates" and inundate Europe with refugees. This shows us that the neighbouring country can stop the refugee flows," the deputy minister said.

"Greece has recognised that Turkey needs additional EU assistance to handle the approximately four million refugees it has on its territory, always provided that it fulfills its obligations on its part. But what Turkey needs to understand is that both Greece and the European Union will not succumb to threats and blackmail in order to take favourable decisions," he added.

Pyatt: Acts, such as Turkey's Memorandum of Understanding with Libya, are against the spirit of cooperation and stability that the US wants for the region

The U.S. Ambassador to Greece noted that his country's relations with Greece are better than ever and that he believes Prime Minister Kyriakos Mitsotakis' visit to the US in January, where he will meet U.S. President Donald Trump, as well as the rest of the meetings that the Greek prime minister will have there will further improve relations between the two countries.

Regarding Greece's role in the Eastern Mediterranean, the U.S. ambassador said: "Greece is an important part of our strategy to maintain stability in the region."

Regarding Turkey's behavior, Pyatt underlined that despite the great difficulties posed by the invasion in Syria or the purchase of the Russian S-400 missiles ... both the U.S. and Greece recognise that Turkey must firmly remain committed to the West and the NATO alliance.

He condemned the memorandum of cooperation signed between Turkey and Libya. As he said, the memorandum with Libya has created tension in the region. It does not help and it is provocative, he noted, and added: "These actions are contrary to the spirit of cooperation and stability that the US wants for the region." He also said that his country has clearly stated that it sees Greece as a factor of stability in the region and part of the solution.

Regarding the refugee problem, Pyatt noted that the United States admires and respects the compassion that Greeks have shown toward refugees in the unprecedented European refugee crisis. He added that this is a problem that has to be tackled by all the members of the EU as a whole and that Greece has assumed a greater share of responsibility than it should.