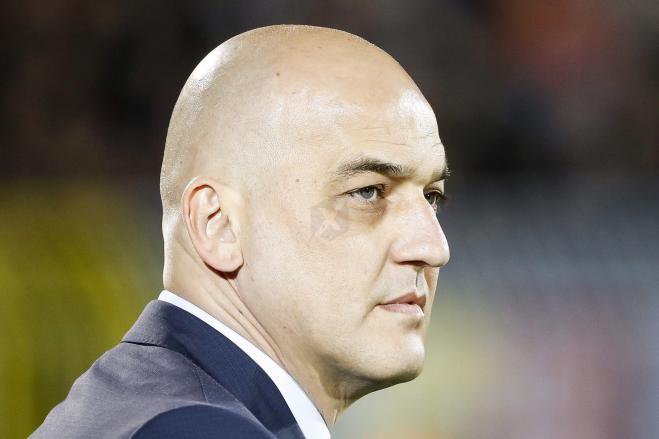 An alarm was sounded in the Glyfada area on Tuesday night when an unknown gunman fired on veteran footballer Darko Kovacevic.

"I saw someone get out of the car and approach me with a gun in their hands. He shot me and then left," the 46-year-old Serb allegedly told the authorities moments after he was attacked shortly after 9pm at his home in Glyfada.

Darko Kovacevic knelt to avoid the shot, but was slightly injured in the knee and was rushed to hospital. The perpetrator's or perpetrators' (a smart) car was later found burnt at the Glyfada Golf Course, and a pistol was also found inside, probably the weapon used in the attack.

At the same time, security cameras in the area appear to have recorded the transition of the vehicle used in the attack on the spot, but not the escape of the occupants.

The motives behind the attack on Kovasevic are unknown

Immediately after the incident, police officers rushed to the scene, took depositions and collected evidence for their investigation. The motive behind the attack remains unclear, whether it is personal differences between the former Serbian footballer and the perpetrator or if something else is behind the shooting.

It is noted that Kovasevic played, among others, for Olympiacos, Juventus, Real Sociedad, Lazio and Red Star.