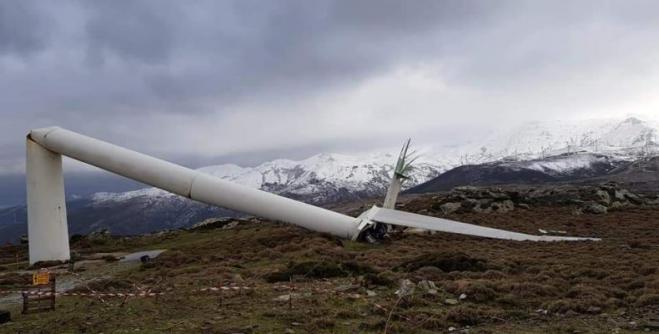 Incredible and yet it happened! Wind turbines, true beasts, were broken by the winds blowing in Karystos. According to tvstar.gr, the winds in recent days have reached 11 Beaufort, 160kmph. Several wind turbines from the wind farm in Katsaroni were bent in two by the stormy winds.

Residents are now worried about the parks near the villages and wondering what could happen if a wing or piece of this huge turbine broke off and a flying shards hit someone. Note that this wind farm had been inactive, but unfortunately without anyone removing the wind turbines from the area..