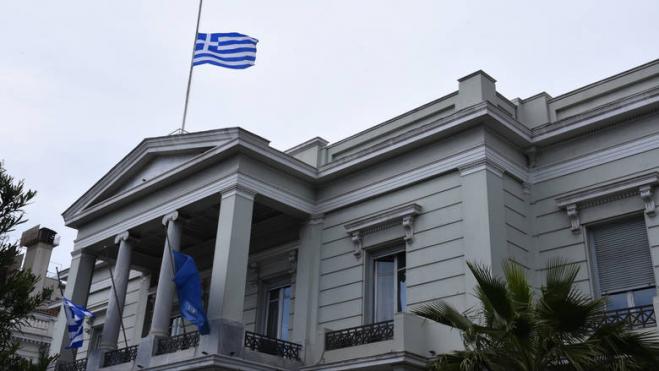 Asked, during a briefing by political reporters, about the fact that Greece appears to be absent from both Moscow and the Berlin Summit on Libya, Stelios Petsas noted that Athens is not absent from the developments.
"We have developed so many initiatives lately that no one can say that Greece is absent. Either at the Prime Minister level or at the Foreign Ministry level. Greece is not only absent but it is at the center of developments. We make every effort to take part in any initiative that has to do with solving the problem in Libya, always on the basis of a political solution. One of these processes is the Berlin Summit. We have called for participation, but at the same time we are pushing for the country's presence at all levels, because I reiterate that the political solution in Libya is the one that is preferred by both the EU and us and we do not want a military solution. And we will do everything possible to secure peace and defend our sovereign rights. "

It is noted that yesterday, Foreign Minister Nikos Dendias had stressed that Greece considers it crucial, in addition to peacekeeping in the region, to recognize, in any event, the non-existent character and legal invalidity of the two memorandums signed by Ankara with Tripoli. In his remarks, following a meeting with his Cypriot counterpart, Nikos Christodoulides, Mr Dendias emphasized that Turkey's memoranda with the Tripoli government have clearly violated international law, are invalid and non-existent. He added: "They are not only trying to usurp the sovereign rights of third countries in the Mediterranean, but are also destabilizing, both for Libya itself and for the wider region. They undermine the peace and security of the Eastern Mediterranean. " He emphasized that for Greece not only peace in a Mediterranean country but also recognition of the non-existence and invalidity of the two memorandums is crucial. In this regard, Foreign Minister Nikos Dendias will visit Morocco on Wednesday, and will make trips to Algeria and Tunisia, countries that play an important role in the wider Libyan region, will follow.

Varvitsiotis: We ask for it in all tones
Deputy Foreign Minister M. Varvitsiotis also expressed the position that the Greek Government has requested in all respects to participate in the Berlin Conference on Libya.
"We ask for it in all its tones. Yesterday's response from the Foreign Ministry is that neither the date nor the list of participants has been finalized. This was the reply given by the German Foreign Ministry yesterday, "Mr Varvitsiotis told Real Fm, noting that "no one can be reassuring, it is certain that we have entered a time when challenges and threats are multiplying. "
"It is clear that we are facing a Turkish provocation that extends across the region, along with the case of signing two memoranda of understanding with Libya, which are in violation of our sovereign rights.
It is a time when we have many challenges ahead of us and we try to meet these challenges by creating a network of alliances and relationships with all countries in the region.
The Berlin initiative, which has not yet been finalized, is an initiative that began long before Turkey signed the memorandums with Libya. It is an initiative that is being followed but also separately from a previous initiative taken by Italy, ”said Mr Varvitsiotis.
Tagged under