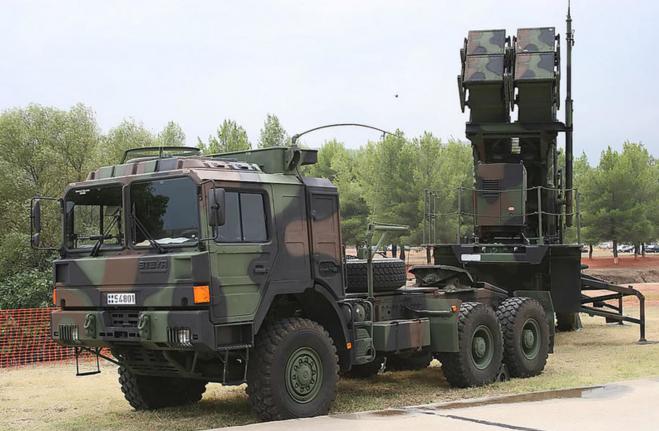 The receipt of the proposed MoU prepared by the Greek General Staff, and further contacts was the purpose of a four-member Saudi military delegation's visit to Athens on January 17. The MoU is proposing to deploy an array of the Patriot Long Range Missile Air Force missile system to Saudi Arabia as part of an multi-national initiative encouraged by the US.

The need arose after the September 14, 2019, attack on the Abqaiq and Khurais oilfields in Saudi Arabia by 18 Drones, which could not be identified and intercepted in a timely manner, with the responsibility being attributed to Yemeni rebels or Shiite militias in Iraq , which Iran supports. Since 2015, ballistic missiles fired from Yemen have been added to existing  threats from Iran, with Saudi Arabia finding itself in need of developing a two-pronged anti-aircraft shield, with Patriot systems in a primary role. However, the number of existing batteries is insufficient while the AN / MPQ-53 missile control radar has a 90 degree search arc and a 120 degree tracking arc, thus lacking full 360 degree threat detection.

The US responded immediately by deploying Patriot batteries in Saudi Arabia but then launching an internationalization initiative to demonstrate support for the Saudis against Iran. In this context, about a month ago, the Greek side was approached and targeted for a contribution, given that the Air Force has been using the Patriot system for 20 years. Proposals at the level of the Ministry of Foreign Affairs and the Ministry of Defense as well as the General Staff were positive and the proposed MoU was drafted last week.

The provisions of the agreement include covering all costs for the development and maintenance of personnel entirely by Saudi Arabia. Even if missiles are used, they will still from the stocks of Saudi Arabia. It goes without saying that the mission will not take part in host country war operations but has a purely supportive role in improving the critical air defense facilities and infrastructure of critical civil aviation.

From the Greek side, it is proposed to send about 50 Air Force personnel, with an AN / MPQ-53 radar, an AN / MSQ-104 Fire Control Center and 2-4 missile-launcher units. As mentioned, no missiles will be sent.

Greek involvement is expected to strengthen the country's position as an active ally and bring benefits. For the Air Force in particular, the American side has offered to upgrade at no cost the systems operated by Greek personnel. The AN / MPQ-53 radar will be upgraded to the AN / MPQ-65, which is distinguished by a larger arc (240 degrees) of target tracking and overall improved target tracking, recognition and engagement performance. In addition, the missile launcher units will be upgraded to make them compatible with PAC-3 missiles, which increase firepower, since existing launchers have 4 missiles ready for fire while launchers for PAC-3 can carry 16 missiles.