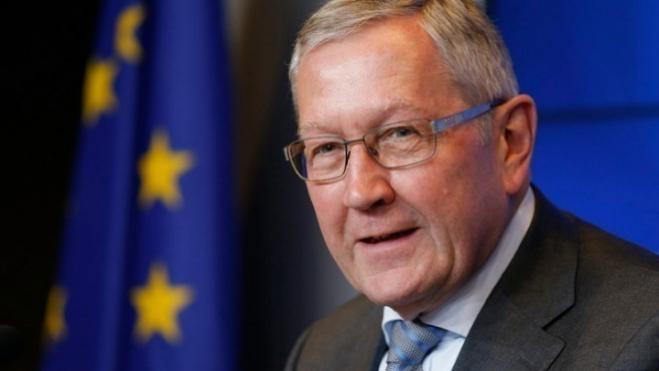 The Greek economy's state "is a bit more positive" than expected two months ago, European Stability Mechanism (ESM) chief Klaus Regling said at a press conference after the Eurogroup meeting on Monday.

Responding to a question on Greece, Regling said that Greek Finance Minister Christos Staikouras had met with the European Commission and ESM at the Eurogroup meeting, and that a mission witth representatives of both EU bodies were already in Athens, with the participation of the European Central Bank (ECB), for an enhanced surveillance review.

Asked if lowering the primary surplus targets was mentioned, Regling said, "The joint mission - the Commission and ESM - with the participation of the ECB, is in Athens right now. So that’s the right opportunity to review the situation, to see whether our growth forecasts are still appropriate. The latest indications are actually a bit more positive than what we thought two months ago, but all that needs to be confirmed. There are other factors that affect the debt sustainability analysis, so all that will be assessed by the institutions together, and then we will report to the Eurogroup, probably in two months."