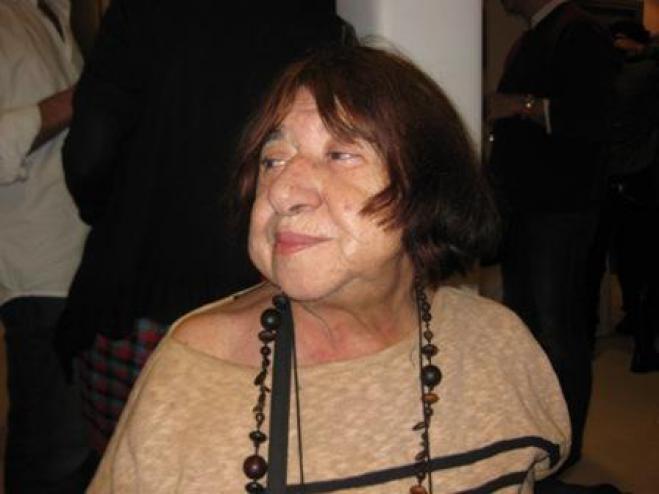 Minister of Culture Lina Mendoni expressed her condolences to the family of poet Katerina Anghelaki-Rooke, who died on Tuesday aged 81.

Anghelaki-Rooke, a goddaughter of Nikos Kazantzakis, spoke fluent French, English and Russian besides her native Greek. She published several books of poetry and translations of classic poets, and taught at several American universities, including at Princeton University, where she was poet in residence.

In her message, the minister said that Anghelaki-Rooke's poems "were translated into more than ten languages. She was loved by readers of different generations and honored by her fellow-poets."

Mendoni also requested of the Interior minister that the funeral service expenses be assumed by the state. Anghelaki-Rooke will be buried on the island of Egina, next to her husband, the minister said.

From my window I observe the traffic -
Cars parked in the void
Or speed up in order
To catch themselves returning.
The world seems indefinable, dim
As if I were blinded by the steam
From some distant cauldron
Where the evil of creation
Is stewing in its own juice.
The infatuation bodies used to provoke -
Where has the infatuation gone?
How can a wounded memory
Count absences?
Has the content of life changed
Or does my person no longer offer
Sufficient future
For life to contain me?
Never before have so many questions
Weighed down my poems
Never before has imagination
Omitted to give me
So many answers.
From now on you’ll find
Hardly any descriptions of nature
In my lines;
This is because
I’m concentrating totally
On trying to imagine the face
Of the one who will promise me
Present eternity
For just one moment.