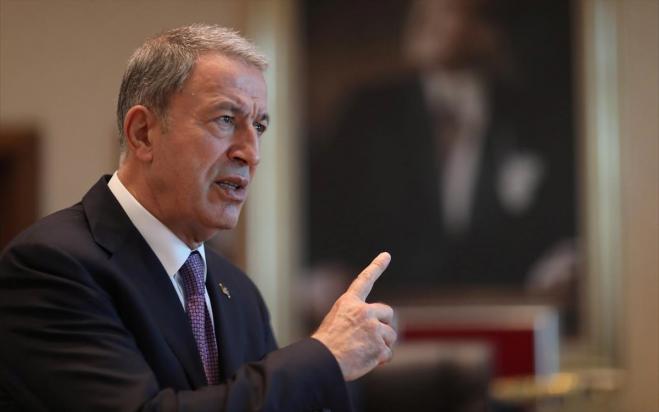 Ankara is escalating its provocative tactics lately, now demanding the demilitarization of the Aegean islands.

As Anadolu reports, Turkish Defense Minister Hulusi Akar commented that Greece has armed forces on 16 islands that have been labeled demilitarized. "Greece must comply with international law in the 16 Aegean islands," Akar characteristically stated.

Cavusoglu: EU should act as "honest mediator"
At the same time, Turkish Foreign Minister Mevlut Cavusoglu, speaking to Sputnik, said that "the European Union should mediate fairly and objectively in the ongoing conflict between Turkey and Cyprus, which focuses on the exclusion of decisions aimed at Ankara. "

"The EU should play a balanced and objective role in the issues. For the sake of solidarity, the EU can only support its Member States. But that does not solve the problem. Instead of making statements or making decisions against Turkey, they should find a way to resolve this problem and they can be honest mediators, "Cavusoglu said.

The Turkish minister accused the EU of "using two standards and hypocrisy" in managing the situation and added that the EU is obliged to defend the rights of Turkish Cypriots. He said he believes the situation should teach the EU "how to share" and co-operate, adding that Turkey remains open for dialogue.