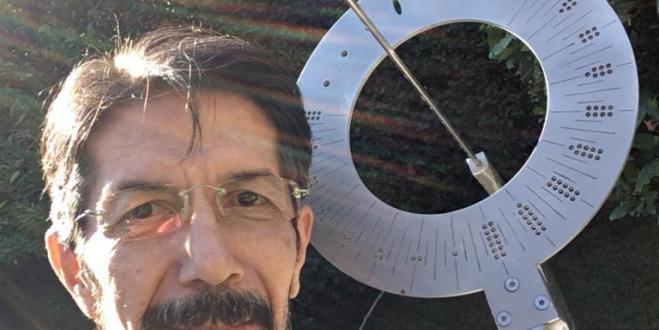 Research Director of the Geodynamics Institute Gerasimos Chouliaras had predicted a strong earthquake in Turkey.

In a post on Friday morning, Mr Chouliaras said that based on seismic hazard statistics, the probability of a major earthquake in Turkey was 86.7%. As the Director of Research at the Institute of Geodynamics put it, there was a "seismic vacuum in the area since 1970 that had given Richter 6.9", drawing attention to those responsible.

"Using the natural time method (Varotsos et al., 2006) I ran the current seismic hazard statistics, which show high values ​​of 86.7% and potential for a larger earthquake in Turkey after the 5.6 Richter earthquake. There has been a seismic gap since 1970 when it had given 6.9 Richter and it needs attention, "wrote Gerasimos Chouliaras 12 hours ago. 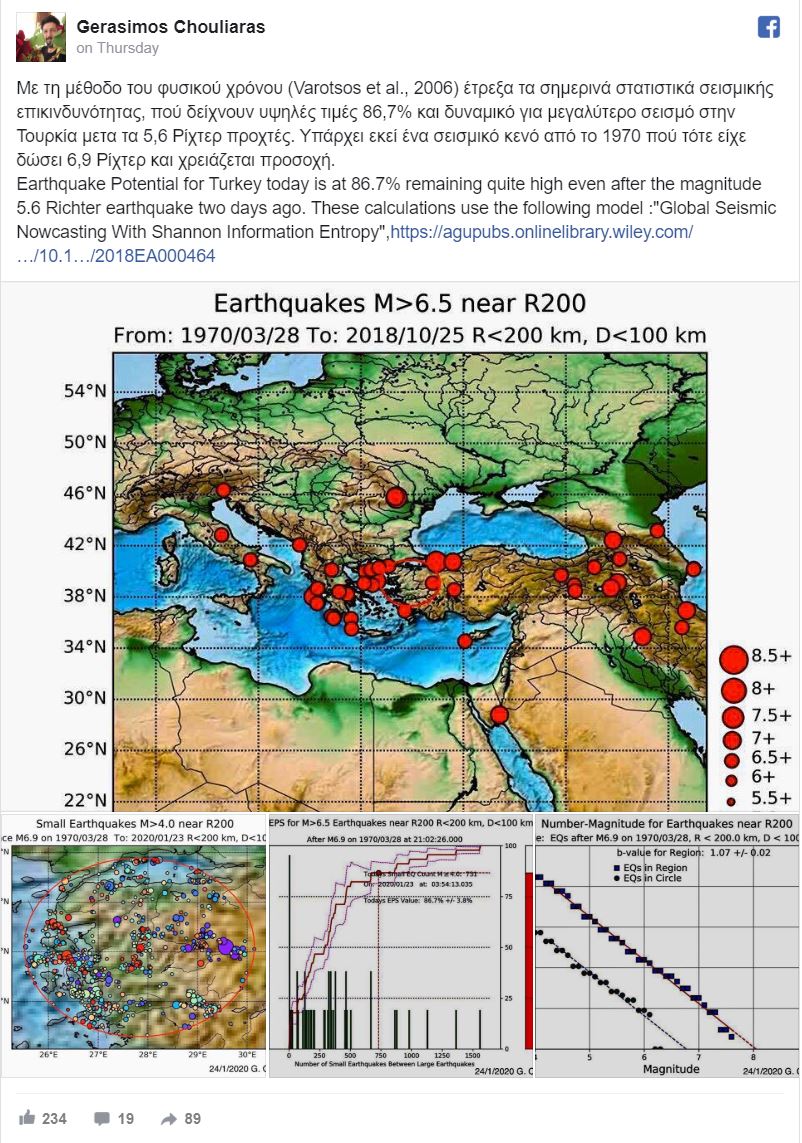 A little after the post a magnitude earthquake 6.8 on the Richter scale  hit eastern Turkey, according to the European-Mediterranean Seismological Centre. The depth is estimated at 10km. The quake was felt in Israel, Iraq and Syria.

So far at least 25 people have been announced as killed, and more than one thousand have been reported wounded.