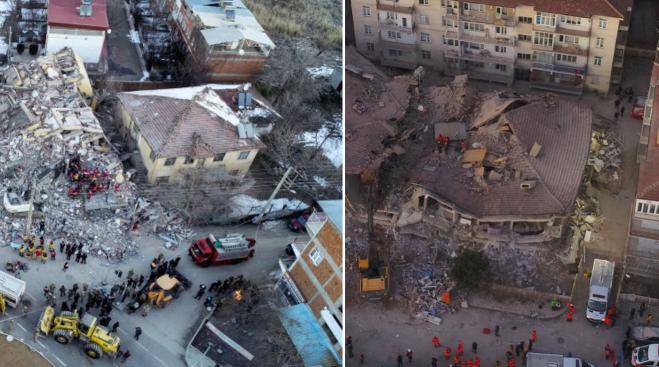 The death toll from the 6.8-magnitude Richter earthquake in Turkey on Friday night, has reached 31.

This was announced on Sunday morning in the latest report of the Turkish Disaster and Emergency Management Authority (AFAD), about the earthquake that hit Elazig province in eastern Turkey.

To date, the number of wounded persons is 1,547, with rescuers continuing to recover casualties.
Also, according to the announcement, 9,233 tents delivered to the site are reported to have been completed, after 76 buildings collapsed, 642 severely damaged and 425 slightly and moderately damaged.